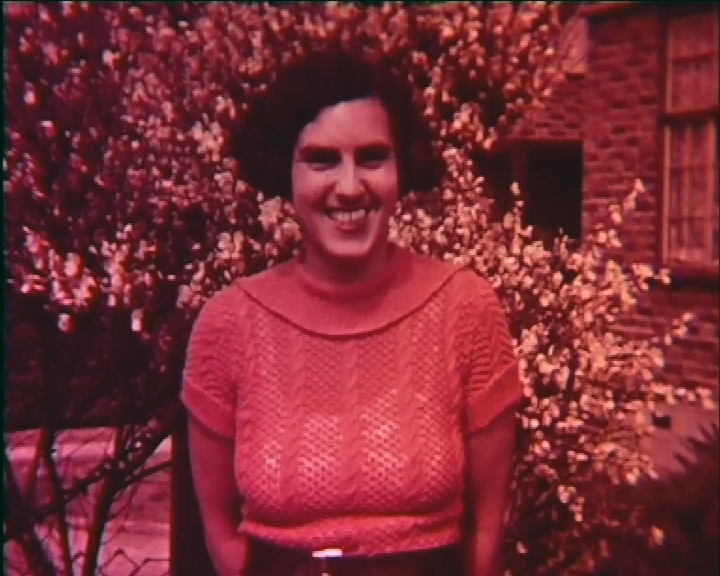 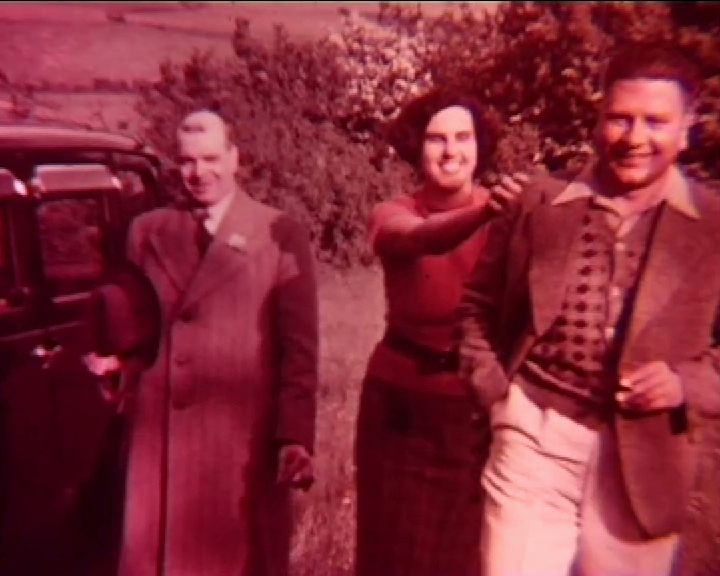 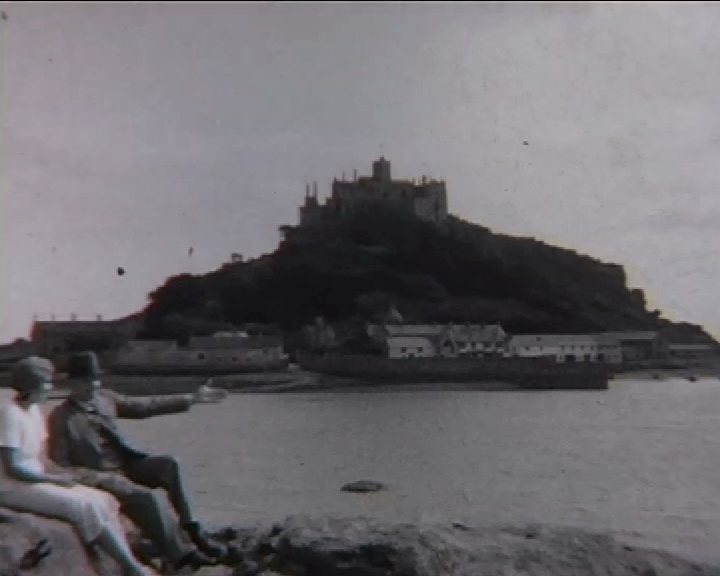 Intertitle: “Spring Marcel Riegart and his little wifey Doris. Mother joins them” After hand written opening titles, Marcel and Doris are seen in the garden; Bessie Lauste holds a flower arrangement and poses with the couple. Bessie is joined by Emile, who whilst lighting his pipe, makes comical facial expressions at the camera.

Intertitle: “Off to Cornwall” Bessie, Marcel and Doris are seen leaving Tudor House and getting into a car; Alva accompanies his mother to the car.

Intertitle: “The Lauste family on holiday 1936, St Mawes, Cornwall” Close-up shot of a map of Cornwall; a pen points to St. Mawes. In the next scene Doris, Marcel and Bessie pose for the camera; they are joined by Emile who stands next to the car. Doris fools around, making amusing gestures to the camera and kissing Marcel.

Intertitle: “Off for a row on the creek though the weather was cloudy”. This section opens with a shot of boats on a beach. Marcel and Doris push out a rowing boat from the beach. There are views across the water. Bessie and Doris join Marcel in the rowing boat.

Intertitle: “Our caravan home”. This section opens with a blurred shot Marcel reading a newspaper outside the caravan. Doris brings him a pair of sunglasses. Intertitle: “And its finish”. Marcel stands amongst the charred remains of the caravan, with open suitcases on the ground.

Intertitle: “St Mawes wild geese and seagulls”. Marcel and Doris are filmed on the seafront, posing for the camera; he pretends to hit her with a stick. Bessie walks along the seafront. Title: “Looking for eats of a fishy nature then a swim”. This section opens with Bessie, Marcel and Doris climbing on the rocks looking in pools; Emile joins them. The camera pans around, first out to sea and then inland towards buildings on the seafront. Doris and Marcel are filmed swimming in the sea.

Intertitle: “A trip to Falmouth St Mawes Castle in Background” This section opens with Bessie, Doris and Marcel sitting on a small passenger ferry with other people around them; there is a shot of the castle in the background. The group purchase tickets for the journey.

Intertitle “T’was a warm day”. This is a short scene of the Doris and Bessie eating ice creams. Intertitle: “Falmouth Harbour”. Another short scene of large ships and small boats in the harbour.

Intertitle: “Return journey waiting for ferry still heavy clouds about”. Bessie, Marcel and Doris are filmed sitting on a bench. Emile joins them and Doris takes over behind the camera. There is a brief shot of the dark clouds overhead.

Intertitle: “On way to Penzance King Harry’s ferry” Doris and Marcel stand next to the car on a car ferry. Emile and Marcel pose for the camera.

Intertitle: “Lands End”. The family are filmed walking on rocks near the sea. There is a brief shot of Lands End.

Intertitle “Built by King Henry VIII The castle of St Mawes is well preserved”. Marcel and Doris are filmed leaving the castle via a bridge and waving towards the camera. There are shots of the exterior of the castle. The family are then filmed walking away from the castle along a footpath.

Intertitle: “After a long car ride – Paignton proved relaxing” The family are filmed driving on dodgems on the pier (?).

Intertitle: “On Dartmoor”. The family are filmed posing for the camera. The next scene shows the car driving off. The film ends with a shot of the car with the family looking out the windows towards the camera with Dartmoor(?) in the background. 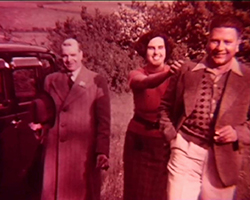 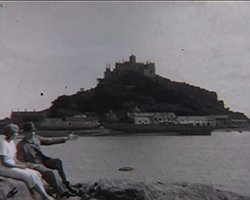