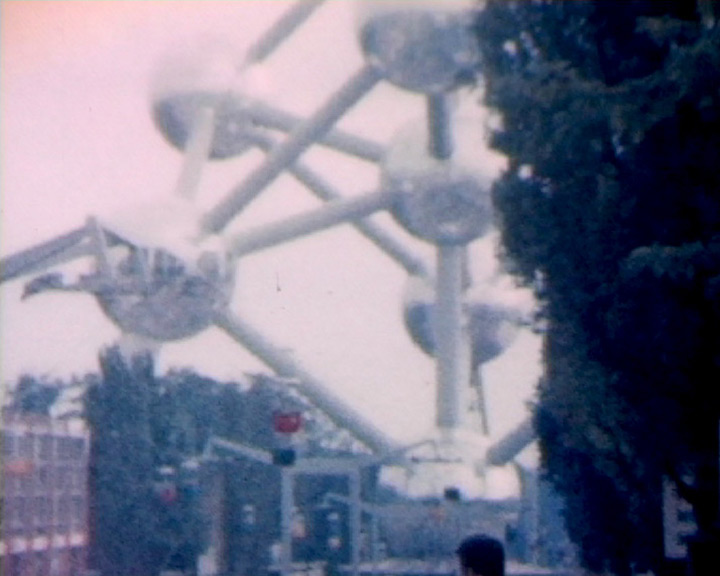 This film features scenes from a visit to Belgium, France and The Netherlands. [Online clip starts here] The film shows 'Expo 58' with the fountains, Atomium monument, and several pavilion buildings; followed by a visit to Ploegsteert War Memorial to the missing (CWGC). The latter part of the film [not included online] shows the family on the beach at Folkestone and at the wedding of a friend in Charlton, London (underexposed in places). The film ends with shots of a teenager talking to the camera.