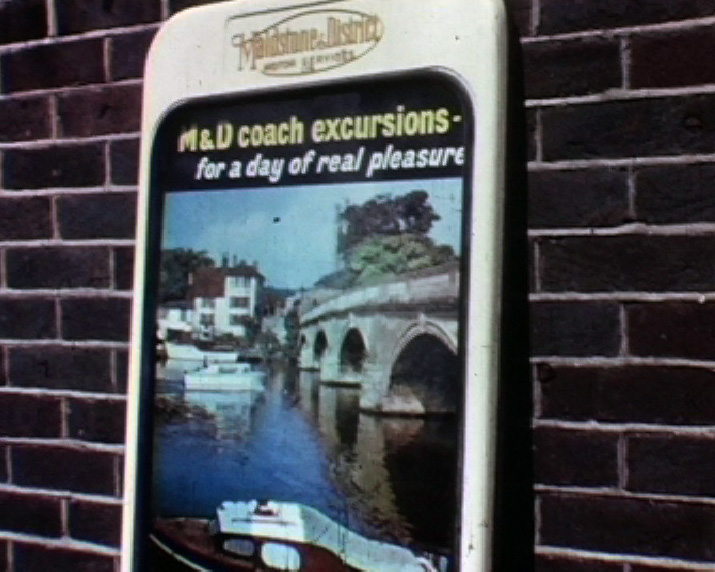 A mixture of footage featuring East Kent buses. The film opens with shots of Dover hovercraft terminal at the Eastern Docks, the Seaspeed hovercraft is being prepared for departure (its maiden voyage?); hovercraft employees pose for photographs on the car ramp. Cars are then seen driving up the ramp, East Kent coaches queue up behind them, a number of photographers are seen taking photographs. Foot passengers board via a stairway on the side of the craft. The hovercraft is seen leaving the terminal, disappearing into the sea mist.

The film cuts to shots of an East Kent 'Vetera' double decker leaving a bus depot and making its way to the Customs Examination Hall at the Eastern Docks in Dover. Members of staff can be seen wandering around next to the bus. A double decker is seen reversing on to a ferry ramp; a photographer takes a photo. Shots of the bus onboard the ferry; the East Kent employees, also on board the ferry wave at the camera as the ferry departs. The film cuts to scenes of the ferry returning to Dover harbour. The ramp is lowered and the bus drives off the ferry and into the Customs Hall. There are brief shots filmed from the top deck of a bus driving through the countryside and more shots of East Kent buses driving off ferries at Dover harbour. Buses and passengers are seen at the 'Car Ferry Terminal'.

At Canterbury, people dressed in Viking outfits are seen gathered with private hire East Kent coaches parked nearby. Back at the Eastern Docks in Dover a Danish coach is seen driving off a ferry. Numerous coaches are seen gathering at Brighton on Madeira Drive for a rally. Coaches are parked up on the road and the Danish coach seen earlier reverses into a parking space.

The film cuts to the back of a bus, in its rear window a sign reads: "East Kent Tours at Home and Abroad". Another sign on the side of the bus also advertises the tours. Onboard, leaflets and brochures are displayed and two East Kent employees stand behind a counter. The film ends with shots of a bus decorated for Christmas driving around the streets of Canterbury, a sign on the side reads: "please support the Mayor's Christmas Fund". The bus drives past the Westgate. The film concludes with dark shots of Christmas lights.