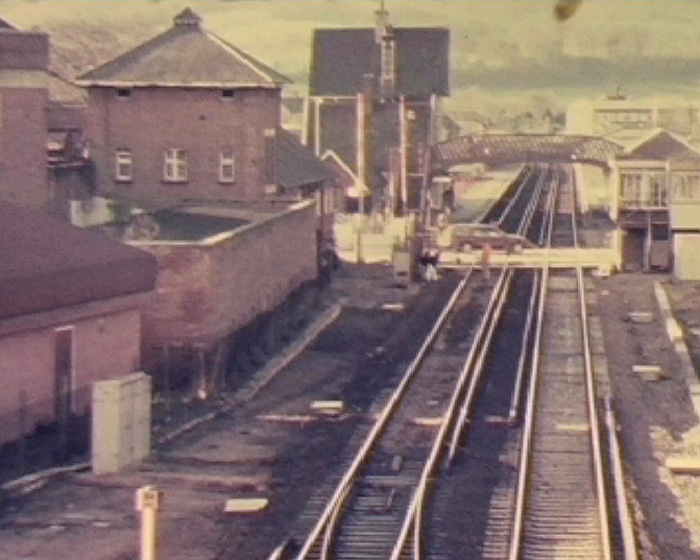 A road is followed through the countryside and over the river in a series of views taken from fixed positions. A woman leads a child, riding a pony. The Midhurst Railway line passing Midhurst Station [?] is seen from an elevated position; modern housing has been built along it. The level crossing and railway line are also seen from this position, where a a group of children are on the tracks below. The hills of the South Downs can be seen beyond. Petersfield Station is shown from the car park, still in use. People are seen going inside. Corrugated metal sheets cover a disused tunnel or bridge alcove, partially overgrown by trailing ivy and weeds, next to a residential development. Further street views show residential housing. 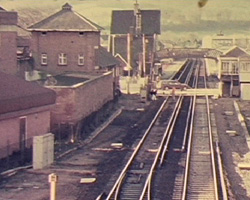