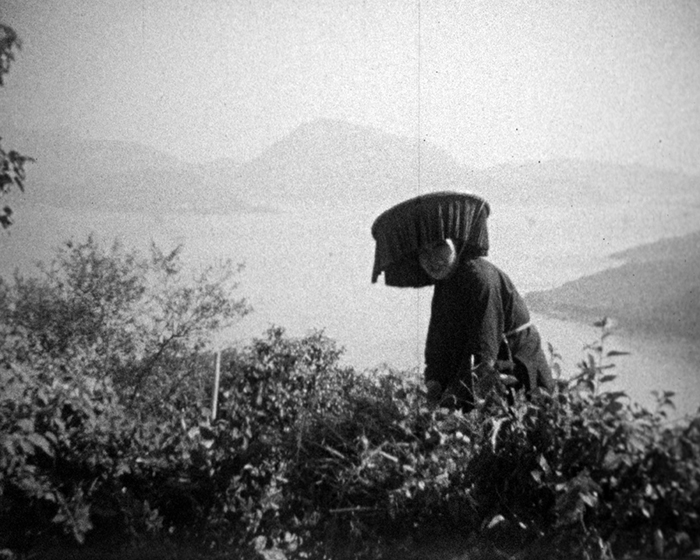 The film opens with scenes of a man leaning on a balcony reading a magazine or brochure, followed by shots of Mrs Simpson (wearing a shirt, tie and jacket) and a man aboard a steamer.

The next scenes show high angle shots of a bustling Canton, with densely packed housing next to a busy river. Steam ships and smaller domestic boats move about on the water. Further shots follow from a high vantage point above the city, capturing panoramas of the buildings and streets below. At street level, the camera views a quiet street with buildings either side, packed tightly together. Shop signage hangs over the street.

On a rural hillside, a Chinese woman in a flat-skirted rural workers hat (?) collects branches and a group of adults and children walk together on a rural road with umbrellas and baskets, dressed in traditional Chinese two-piece suits.

The next section opens with a busy street scene where groups of people stand talking in groups, as traffic and others pass by and brief mixed shots of a car journey through a wooded rural area, filmed from a moving vehicle.

The final scene is of a bay or river (Canton) where several boats pass by and a group of sailors haul cargo on to a larger boat from the water. On the same boat Mrs Simpson, dressed in an elegant fur coat, waves at the camera from the deck.