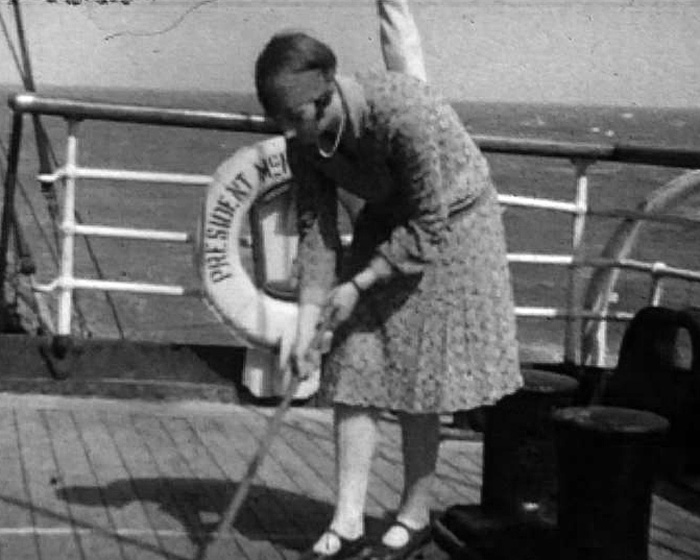 This film opens with the Simpsons filming each other in the gardens of their house. They are messing about taking portrait shots of each other in profile, and moving their heads as to pose for the camera.

The next scene shows Mr and Mrs Simpson aboard the 'President McKinley, Seattle' ferry on the Dollar Steamship Line. The couple play deck games and wander about. They capture wide views of the coastline with ships at full sail and a British Naval aircraft carrier entering a bay (?).

The film cuts to Central Hong Kong for the Armistice Day event at the Cenotaph. The film provides a montage of highlights from the event.

The next section is of a couple at home. Mrs Simpson is sitting at a desk writing, as Mr Simpson wearing his Remembrance poppy sits in a chair reading They take it in turns to film each other at home (Shanghai ?).