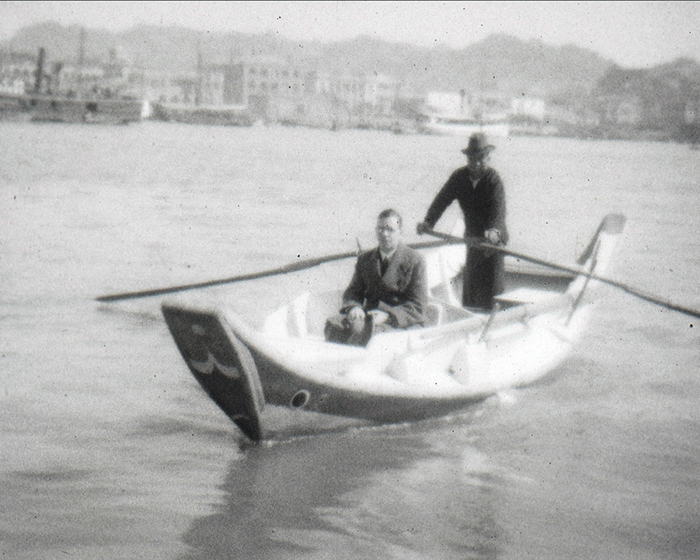 The film opens with a montage of small passenger and merchant boats laden with goods next to a pier (?) followed by scenes of a coastal bay with larger ships under sail. A coastal panorama captures the size of the bay and the surrounding hilly landscape. Several men board larger ships from smaller ones using long bamboo poles being held over the side of the vessel.

On an urban street children wander past the camera and street traders carry their goods. A woman carries a large double pot across her shoulders allowing the camera to capture her in portrait. Mixed views follow including a sequence of Mr Simpson being rowed to the shore by a local man in traditional dress.

The next section opens with urban street scenes of Shanghai and 'The Bund', with people carrying goods through the streets. Close-ups of several windows with printed Chinese Mandarin script for the Bradford Dyers Association (BDA) main office. Inside the office, a woman places several office stationary items into a tin marked BDA in English and Mandarin script, showing each item to the camera, whilst a man reads a newspaper. The man looks up to find that he is being filmed, and pretends to answer a phone on his desk.