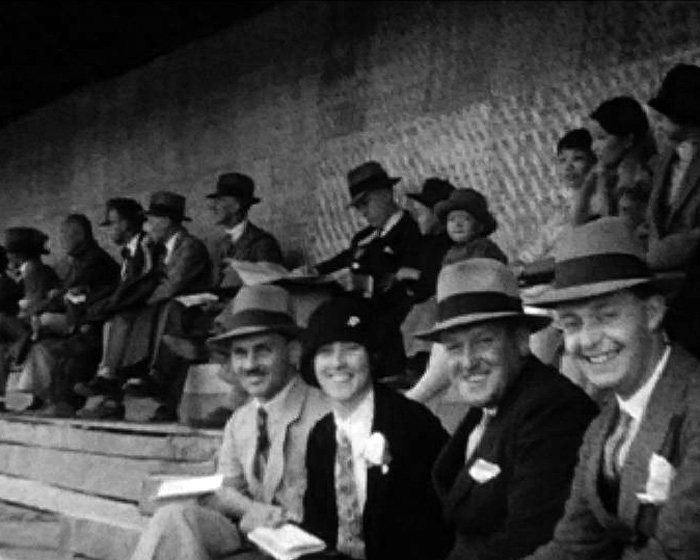 The film opens with coastal shots of boats in a bay. Mrs Simpson and a friend tour the countryside in a car. The next sequence sees Mrs Simpson playing with her daughter and mouthing 'kiss Mummy' to the little girl, who eventually does so. This is followed by scenes of a horse race and the spectators.

The next part of the film shows the group on a beach at Repulse Bay, with the Old Repulse Bay Hotel and beach houses. Mrs Simpson, dressed in full beachwear, plays leapfrog, whist the rest of the group stand smoking and chatting on the beach. A butler [?] holds Mrs Simpson's towel, as she stands talking to members of the group. The group of men, wearing suits, walk along the beach, chatting and laughing.