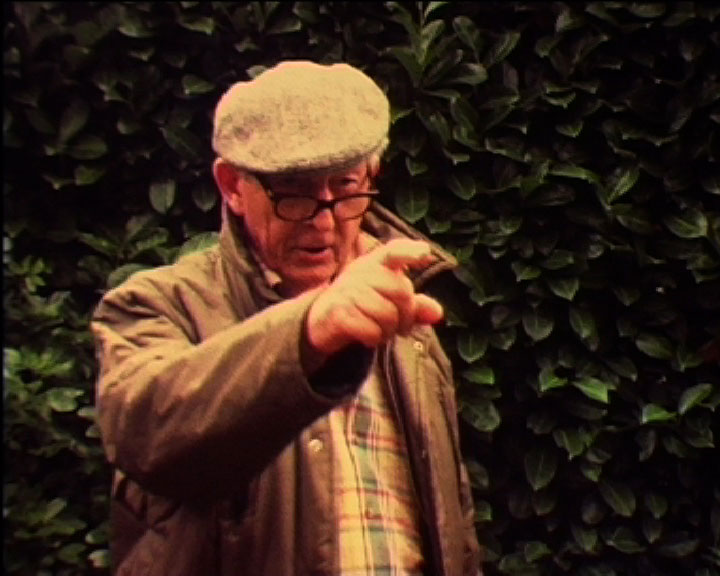 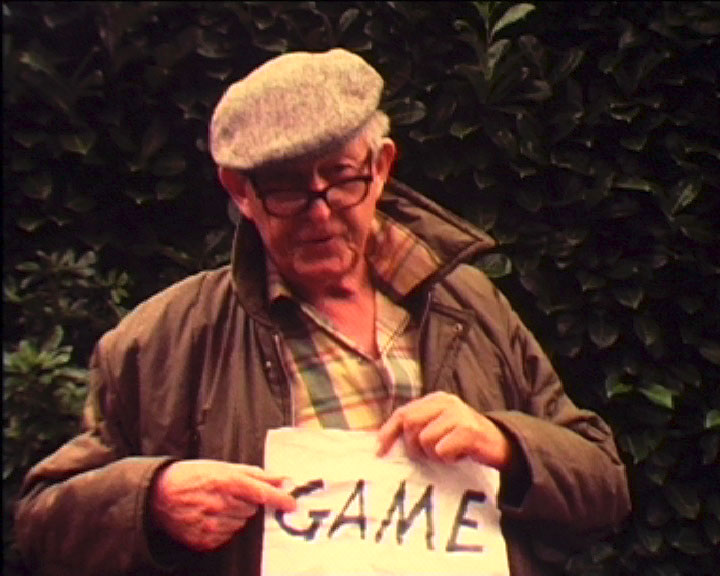 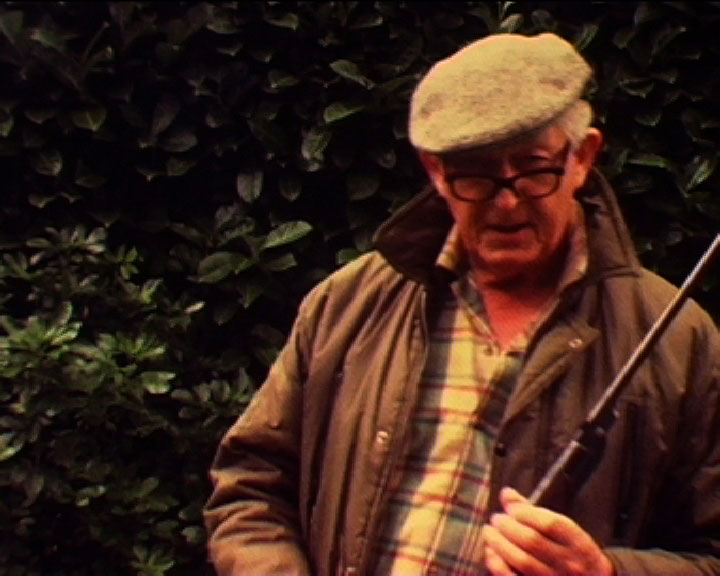 A short parody comedy sketch by Maurice Puttock, a member of the Haywards Heath Cine Society, a 'Vintage Films' presentation, produced in 1995.

Vintage Films present... a m.a.p. production... "The Theme!". A man sings The Archers radio programme theme tune; dum dum dum dum dum dum dum, dum dididily dum dum... A man in a flat cap speaks to camera with a West Country accent, about a conversation that took place at the White Lion pub; 'Me, make a film, what about?! I said. And he said, oh, about four minutes. And I said no no no, you great turnip, what's the story go to be?! Oh, he says, you mean the theme!' He brings out a piece of paper, which reads 'GAME', the theme for his film. 'Well,' he continues, 'G is half a horse... can't make a film about half a horse can I, I'd never find her!. A? The grass all burnt to a frazzle. Emma? If I make a film about Emma, what will the missus do to me?! E? I can't make a film about E, E is a foreign language, it's what they speak in Yorkshire! E boy 'ek and things like that!' he says. 'Lot of rubbish I call it. I've got some pheasants in the half acre, so I'm off up there now.' The End. 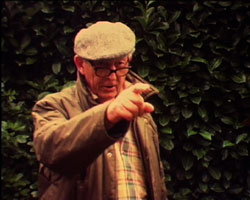 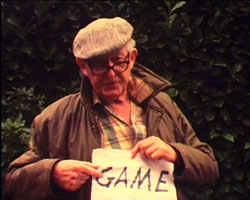 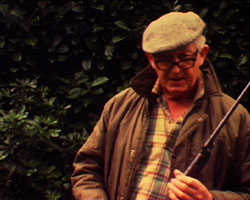