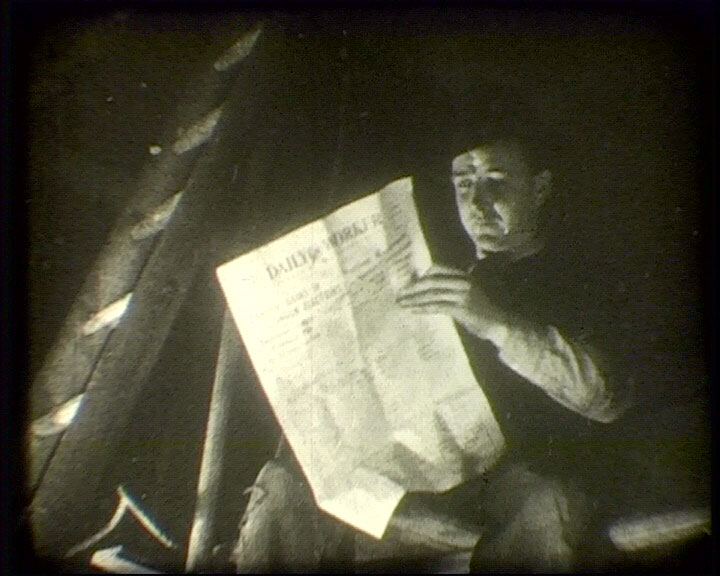 A title reads: 'What Newspaper?'. People pour into a station(?) past a newspaper seller and a man reads a copy of the Daily Worker. Captions appear over an image of a man hammering and other scenes of labour, saying 'The Daily Worker Challenges -', 'The Best'. There is a close up shot of the Daily Worker front page and titles indicating the type of news to be found in the paper including: 'News from Industry' and 'News of the Labour Movement'. Scenes from the Spanish Civil War and fighter planes in China are interspersed with headlines from the newspaper. There is an image of a political cartoon by 'Gabriel' published in the Daily Worker. Further titles read: 'News for the Housewife' followed by headlines on milk prices; 'And for the Gardener' followed by a gardening themed political cartoon. The title 'Best Sports Pages!' is followed by the headline: 'Cayton gave 8-1 Derby Winner'. Final titles read: 'The Daily Worker - The Paper for all who want -' 'Peace, Freedom, Progress' (superimposed over ‘idyllic images’); and 'Read it Today & Every Day!' 'Daily Worker'.