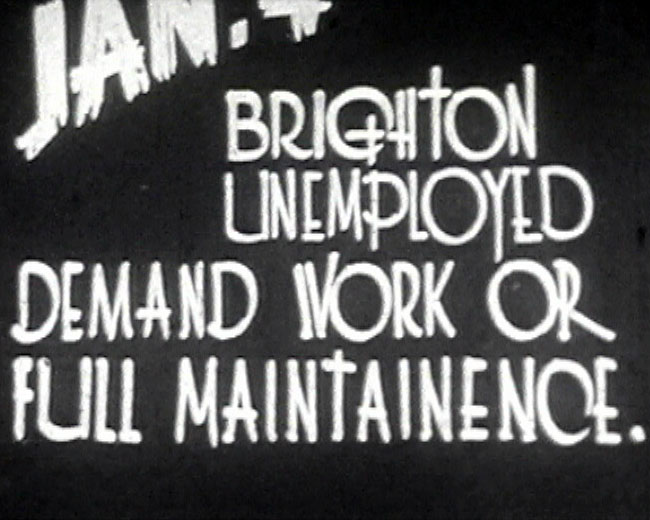 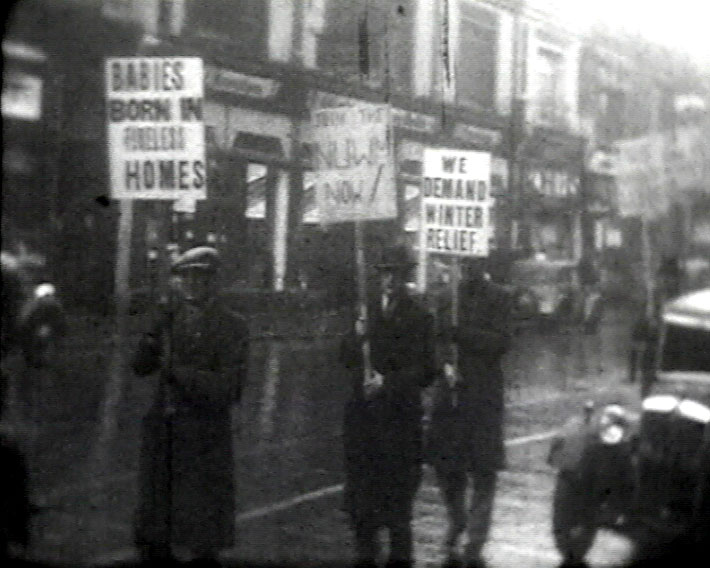 The film opens with the titles: 'People’s Newsreel presents -' 'Sussex 1939' and shows a series of events organised by the Communist Party in Sussex, that year. The new year begins with the production of the ‘Party Voice’ newsletter. A demonstration in support of Brighton’s unemployed takes place. A policeman stands guard in a doorway while men with placards gather outside and march up and down the street. A bus attempts to get past but the crowd is too large; a policeman tries to clear a path. A scuffle ensues as the policeman attempts to apprehend one of the demonstrators. An intertitle reads 'Traffic is held up for twenty minutes!': further scenes of the fracas follow. An intertitle announces 'Anton Miles is Arrested': the man is forcibly dragged away by the policeman, the crowd follow as the policeman takes the man into a small roadside hut. The titles then read 'Later about 200 Unemployed Marched to the Police Station chanting - Release Anton Miles!'. Newspaper headline posters summarise the incident and show that the man was later freed.

In February the ‘Second Sussex County Congress Communist Party of Great Britain’ takes place in Brighton. There are shots of several men addressing the gathering from the stage, including Arthur Wright, Ron Spathaky, Freddie Adames and Ernie Trory. Ernie Trory's speech is given in full as an intertitle. Delegates are shown leaving the Congress. Scenes of the May Day march in Hastings follow. Crowds gather on the streets and a man makes a speech from a platform. July and August sees a number of Labour Party officials joining the Communist Party. There are close-up shots of the three men and their personal statements are given as intertitles.

Later in August the 'Sussex People’s March of History' takes place in Eastbourne. The demonstrators march through the crowd-lined streets past the Tivoli Cinema on Seaside towards the centre of the town; many carry banners and (red) flags past the Spain and Albury wine merchants on 29 Terminus Road. Speakers including; Isobel Brown, Ron Spathaky and Ernie Trory, addressing the crowd from the shingle beach on the seafront. The film ends by urging the viewer to send donations to: 'Help us - to show more films of working class activity in Sussex'. 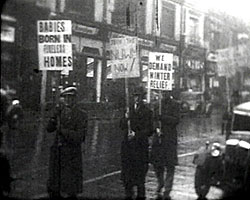