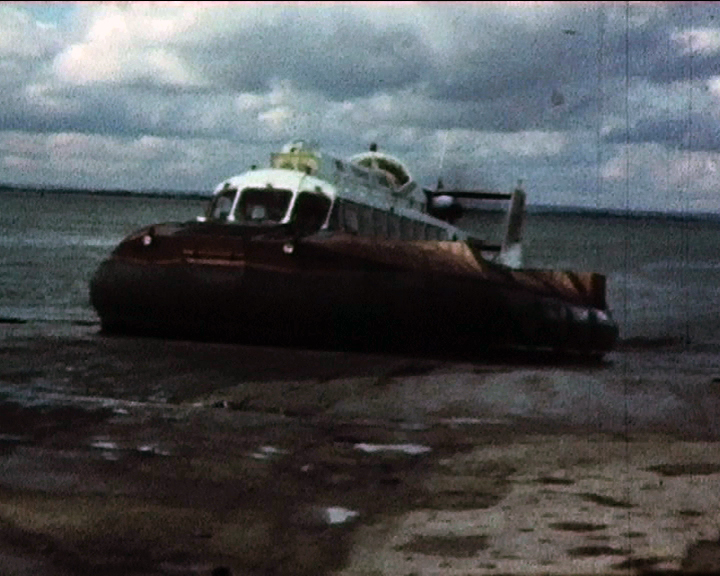 The ferry leaves Dover, retreating from the white cliffs and castle above. A wide expanse of glistening water lies ahead, the wake left by the boat behind. Le Touquet street scenes follow. Go carts race around a track on the beach. Back on the South Coast, a fountain sprays jets of water into the air on Hastings Seafront. Cars are parked at the entrance to Battle Abbey. Visitors watch from a bridge over the track as a Romney Hythe and Dymchurch Railway line engine pulls into a station. 'Phantom ride' footage, shot from the window of the train as it passes another train moving on the track beside, follows. Children devour blocks of ice cream in wafers. Further footage of engines at the station follows. Winston Churchill's grave stone is seen in the graveyard at Blenheim church. Panoramic views of Blenheim Palace and gardens follow. The mast and webbing of Nelson's ship, Victory, tower overhead. Visitors stand on the concourse, gazing up at the vessel, docked at Portsmouth. A SRN6 Hovercraft glides over the water, crossing the channel on the Isle of Wight service. The hovercraft arrives at the hard, before re-inflating and reversing back into the water.