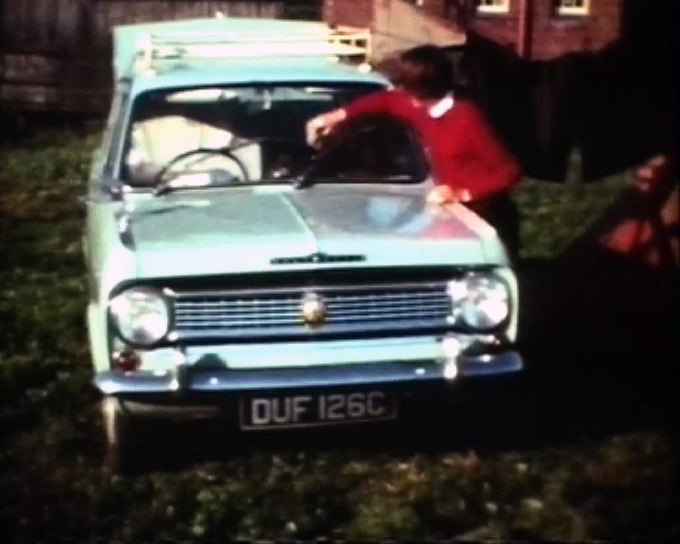 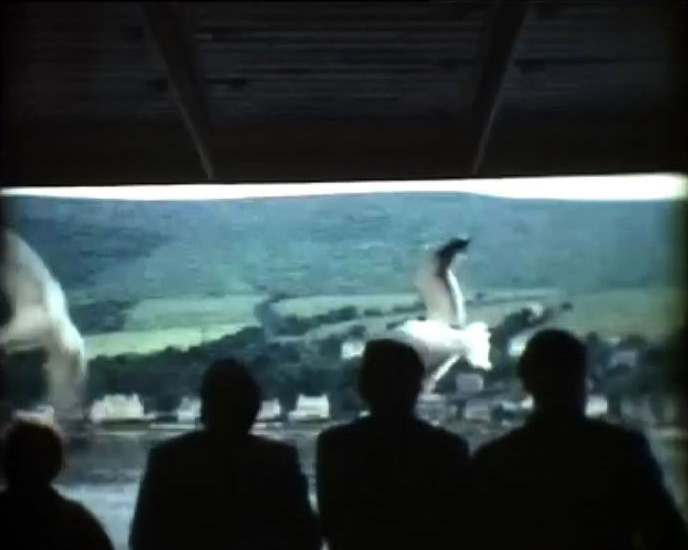 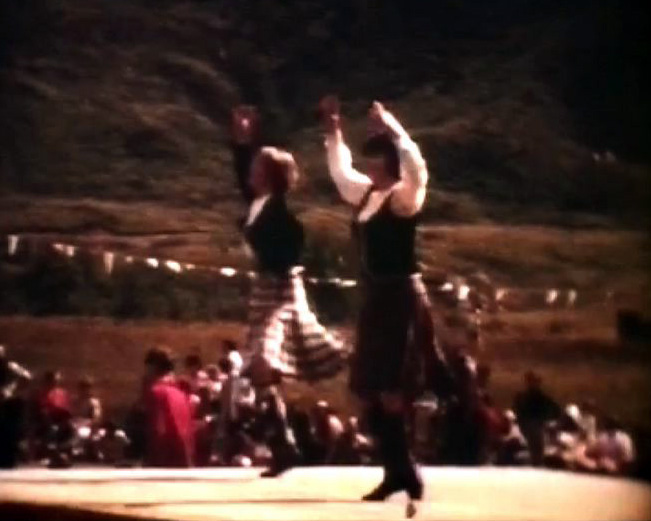 The film opens with Mr Horrobin carrying luggage out of the front door of the family's home. The camera cuts repeatedly to shots of him with various large suitcases and bags. We see a wider shot of the house, where Mrs Horrobin and the couple's three children are seen leaving through the front door. Their car is parked on the driveway, the roof-rack loaded with luggage. There is a shot of a road sign [unfortunately this is unreadable as the film is overexposed], and the family's car is seen parked in a campsite with the children sat around a table eating. The eldest daughter cleans the windscreen on the car, and the young boy plays in grass. There is a close-up shot of the family's reflections in the rear bumper of the car.

The family car is seen passing on a road. Cut to the garden of a cottage, and the children sit at an outdoor table eating cornflakes. There is a close up shot of the green door of the cottage, and Mr Horrobin walking out of the door wearing a white shirt and cap. The door to a garage is opened and the car is driven out. The rest of the family emerge from the cottage and carry bags towards the car, before climbing in.

There is a partially obscured sign reading '? Cove', and the family are seen getting out of the car by a stretch of water. There is a panning shot of the landscape. Another sign is filmed for Calderpark Zoological Gardens in Glasgow, and we see the entrance gates to the zoo. There follow shots of animals in their enclosures including a pony and foal, which the children pet, as well as exotic birds, polar bears, chimpanzees, penguins, lions, flamingos, an elephant and seals. The children are seen eating ice creams, and they take a ride on a miniature railway and a fairground carousel.

There is an exterior shot of Barrowland market in Glasgow, followed by scenes of shoppers browsing the stalls. We see the stall holders selling goods to the assembled crowds, and the family weaving amongst the shoppers. Next is a view filmed through the windscreen of a moving car as it makes it's way through a tunnel and along a road with high concrete walls either side. There is a brief shot taken from the side of the road as the car passes, before filming resumes behind the windscreen. There is a shot of a sign for the 'Glasgow Bridge Wharf Steamer'. The children walk onboard a large boat with Mrs Horrobin and other passengers, taking a boat trip out to the highlands. There are shots of the ship's crew throwing onboard a rope as the boat is cast adrift. There follow scenes from this boat trip, including other craft of various sizes on the water, ship building by the waters edge, gulls and terns flying alongside the boat, and the shoreline, which becomes more rugged as the journey goes on. On several occasions Mr Horrobin films the view from the boat as it comes in to dock and collect more passengers, once in Dunoon and also in Rothsay. There are shots of the shore framed through the boat's life ring, and the red flag bearing the union jack flying from the rear of the boat.

There follow scenes of a journey taken by car into the North West of the Scottish highlands. The family are in the countryside, the children petting horses in a field. There is a sign for 'Queens View' car park [between Milngavie and Drymen?]. The family are seen walking on the hills, crossing over a small stream. They climb to higher ground and there are views of the surrounding hills and lochs. The next shot shows the family returning to the car. We then see the car being loaded onto a car ferry, and a view through the windshield as they cross the water. The car is seen being driven off the other side. The family are seen on another walk with a sign pointing towards Ardnamurchan lighthouse. Mrs Horrobin and the children are seen in silhouette as the camera pans from them to the lighthouse and then out to sea. There is a shot of a small pier where two men are pulling away in a fishing boat. This is followed by a shot of a road sign for Glenfinnan, and a lighthouse seen from the car.

We see scenes from an outdoors event, with a backdrop of tall hills and an ominously dark sky. Men in traditional Scottish dress [kilts and sporrans] compete in a throwing competition, and are seen lifting tall pine tree trunks. We also see men and women performing Scottish dances, bagpipes being played next to the stage. There is a shot of highland cattle, and a wide shot of the children climbing and playing on rocks by the sea. A panning shot shows a wide beach and sand flats.

The film ends with a series of brief shots, which appear to be 'offcuts' from the edited film: a close up of the green cottage door; a sign reading 'do not feed', the camera panning to the three children eating ice creams; the family silhouetted on rocks; landscape shots; a National Trust sign for Glencoe; a ferry on the water; the children waving from the back seat of their car.

The film closes with a title 'The End'. 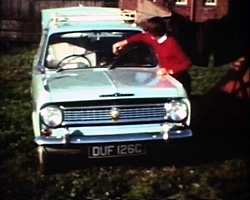 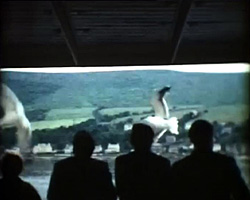 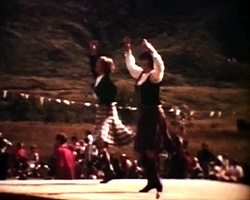