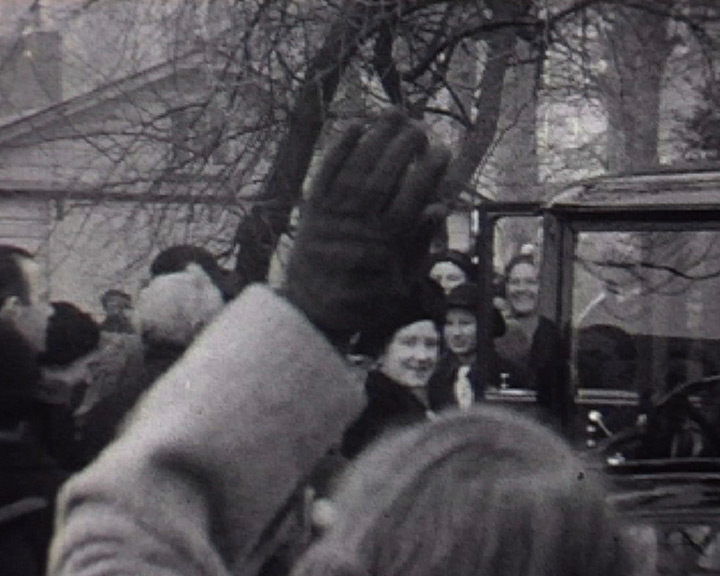 The film opens with a brief view of HM Elizabeth, Queen Consort of the United Kingdom getting into a car while carrying flowers (later known as HM Elizabeth, The Queen Mother).

The second film shows a compilation of family scenes in a garden, that includes: a man carrying a young girl (Ann Shippam) on his shoulders; the group walking out of the house and down a garden path; a scene showing a woman scattering food scraps over the lawn to attract a large number of gulls flying above. The flock of birds land in the garden to eat the food. 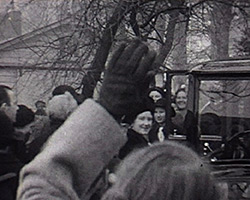