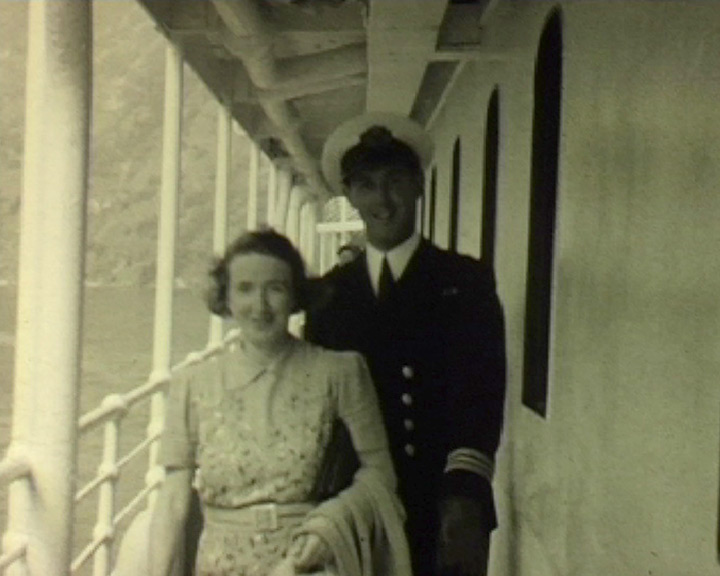 The film shows a panoramic view of a large town set within a mountainous landscape, filmed from the ship in the water, with the ships mast, deck and lifeboats in the foreground. Footage from the moving ship passing the coastline tours a series of vertical drop waterfalls (Seven Sisters?) on the rocky outcrops. On deck, a woman and a crew member are seen walking towards the camera, followed by another two women, bobbing up and down in unison with the movement of the ship.