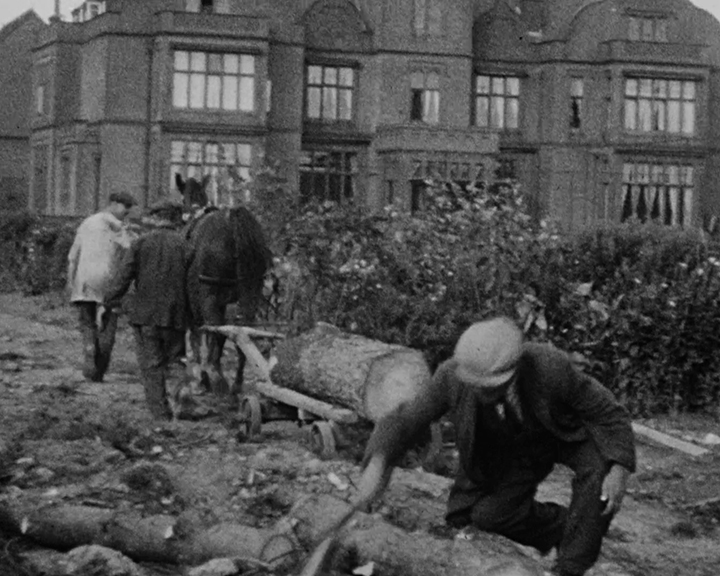 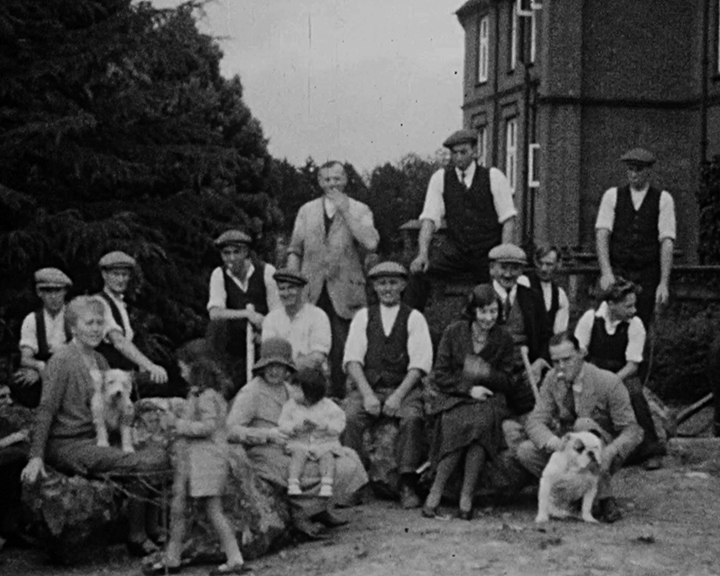 A doubles match at Wimbledon between Jacques Brugnon and Henri Cochet, and George Lott and John Doeg, opens this compilation.

A young girl follows a gardener at Foxhunt Manor at Foxhunt Green, the Oakshott family residence, as he uses a large Dennis lawn roller on the grass. She plays with her younger sister and mother in the garden by the large greenhouses. The baby's father holds her on his knee. Eugene's sons fly a model wooden aeroplane in the garden.

Maids in uniform are shown in a series of individual portraits, smiling and talking while they are filmed. Elizabeth, the older girl, and her sister, held by her father, also feature in the portrait sequence.

Workers pull a cart in the grounds. They take branches of a tree away. Others work from the tree top, cutting the branches, or from the ground, digging the roots. One tends a bonfire. A group pulls at a rope to bring a tree down. Family members bring out refreshments.

The whole family sit with the large group of workers, wearing white shirts and waistcoats, sitting on the logs and sipping from their cups. They all hurry off at once. The workers leave on a cart, pulled by a heavy horse, and walk past the camera in a long line. Two of Eugene's children feed the chickens in their run from buckets, throwing the feed over the fencing. Flo, Eugene's wife, their granddaughter and two women clean eggs from the chickens and gather up their baskets and buckets.

Eugene's sons pluck feathers from chickens in an outbuilding, as two women sit outside to pluck birds. They hold up the de-feathered birds for the camera. later family members sit at a swing bench reading the newspaper or sewing in the shade of the canopy.

Family members play a game of tennis on the courts below the manor house. The youngest grandchild crawls across the lawn. 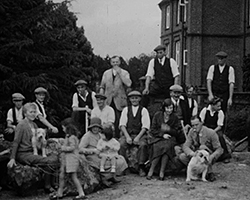