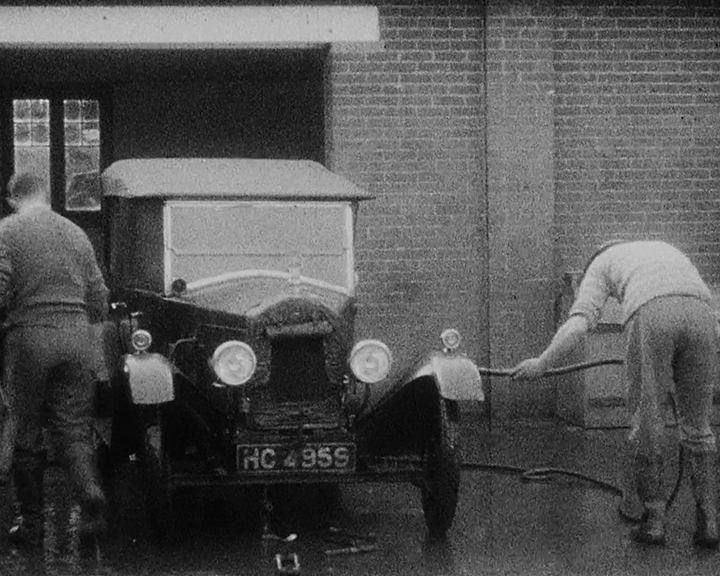 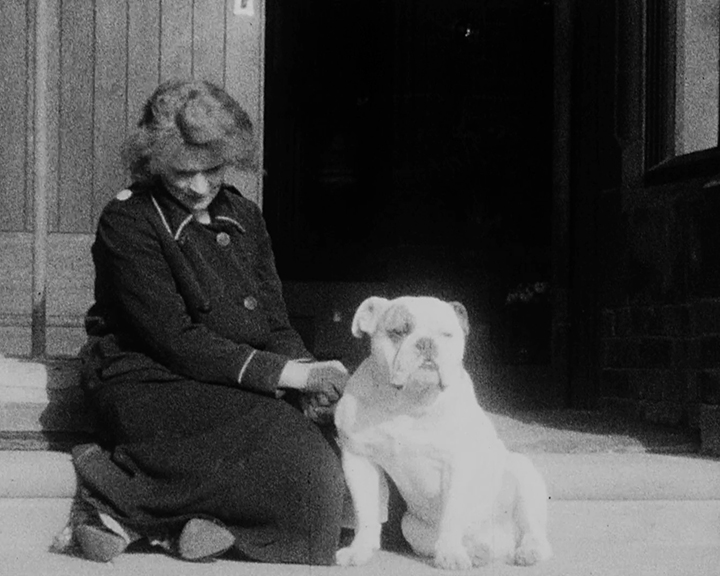 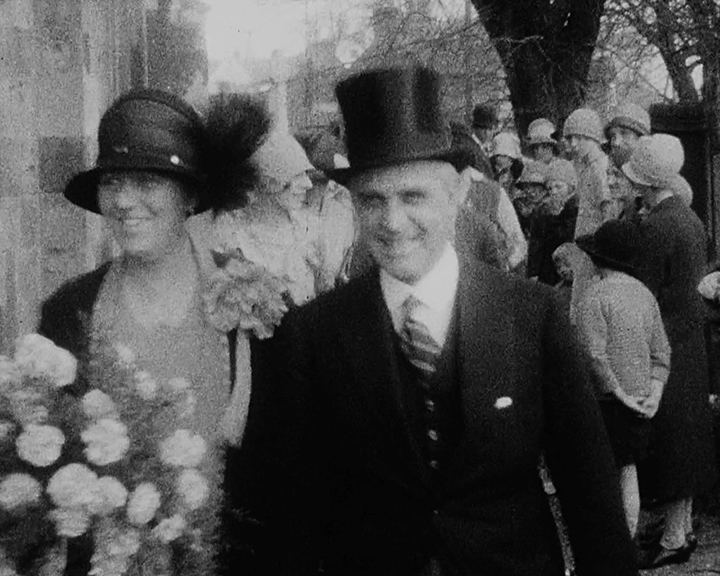 Family members and Nannie walk, play, tend to the animals and attempt to catch a goose in the grounds of Foxhunt Manor at Foxhunt Green in Waldren, East Sussex. Followed by scenes of a family wedding outside a church, where a large crowd has gathered, and later in a garden.

Harry, Eugene Oakshott's son, walks with his mother Flo [?] underneath an arbour in the grounds of Foxhunt Manor. Harry play fights with Nannie, wearing her nurses' coat, decorated with brass buttons and piping. Nannie is later seen in a white cotton coat, playing with the dogs in the garden with Harry, the grand manor seen behind. They play leap frog over one another by the large greenhouses.

Two men wash one of the family motorcars with a bucket and hose. Nannie sits on the steps to the house with the two family dogs. Eugene Oakshott, usually behind the camera, also poses with the dogs on the steps.

Family members attempt to catch a goose by the lake, but fail. They creep up on the goose with a white sheet. Once captured, they clip its wings. A woman feeds the chickens, bringing them out from the chicken house one by one.

Guests, including Oakshott family members, arrive at a church. They walk into the building, passing a large crowd gathered in the graveyard beside the church. Two young Oakshott children, both wearing white, walk to the church. The choir follows behind, each member holding a choir book. The bride, Phyllis, enters the church with her father, who wears a top hat and tails. She emerges from the church with her new husband. They stand together in front of a hedge with the two children, holding her train and a basket of flowers, to pose for photographs. Phyllis wears a white lace dress and veil covering her hair. Her husband, much taller than her, bends his knees, holding his top hat and gloves. Friends and family stand together in a garden. The two children walk towards the camera and sit with family on a bench.

Individual and group portraits of guests, smiling and talking follow. They all hold out their hands, wiggling their fingers. Nannie in her white nurse's uniform, smokes a cigarette on the rooftop of Foxhunt Manor with Eugene's sons.

Mother and young daughter play with toys on a blanket on the lawn below, seen from the roof and garden level. Nannie stands with the young girl in her pram. 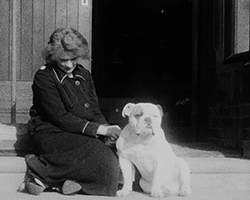 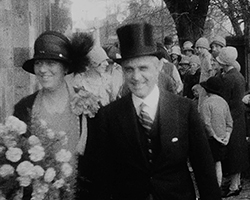