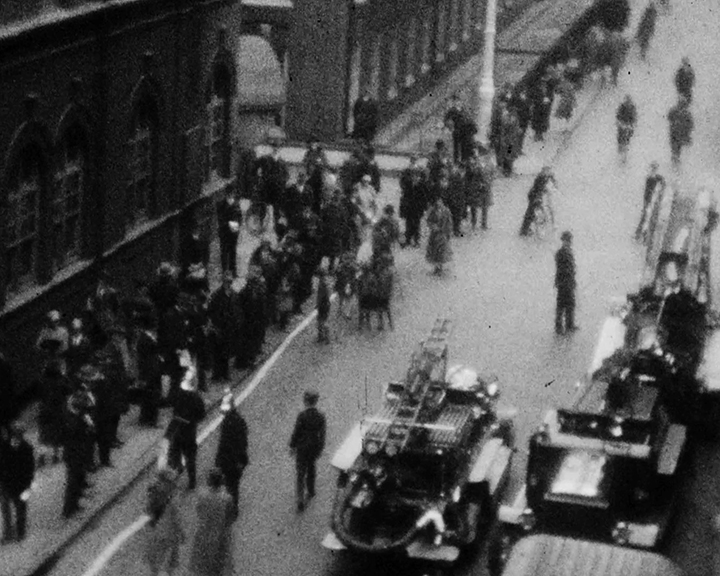 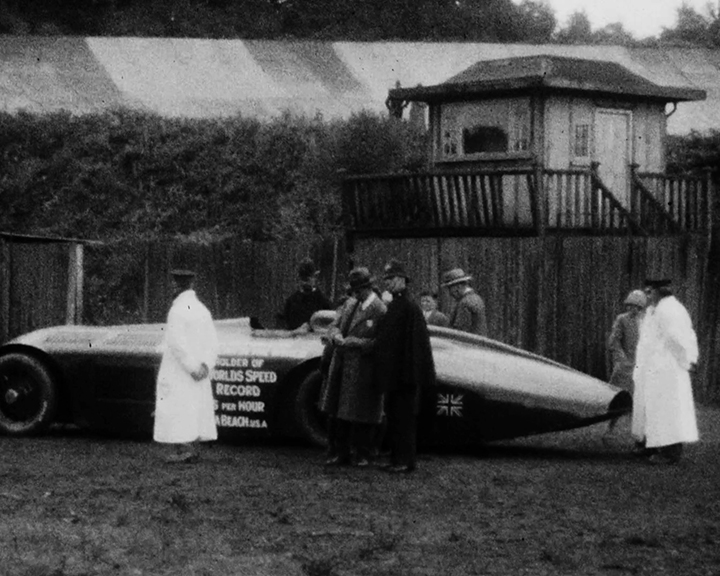 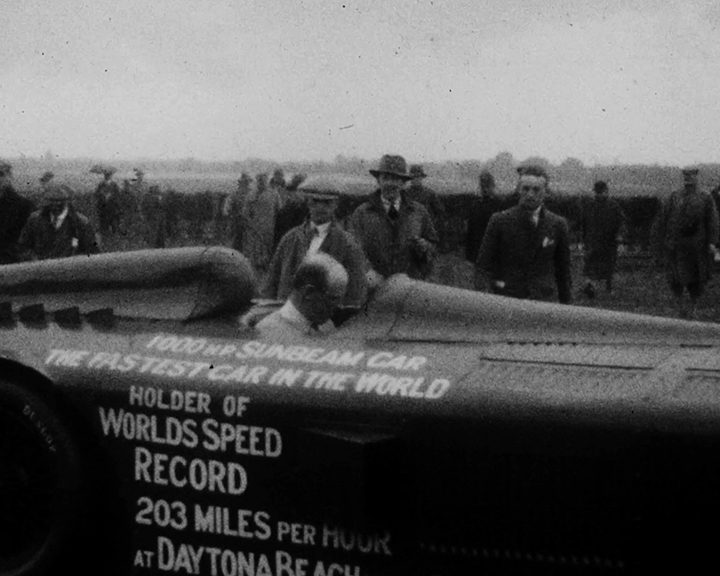 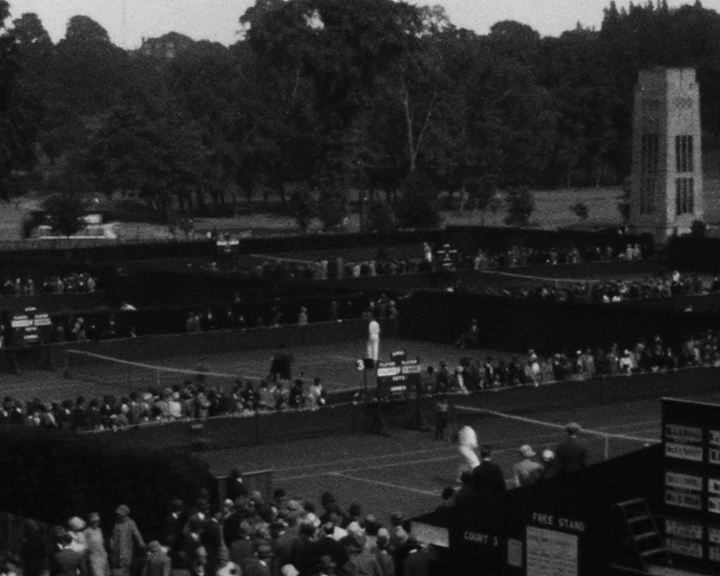 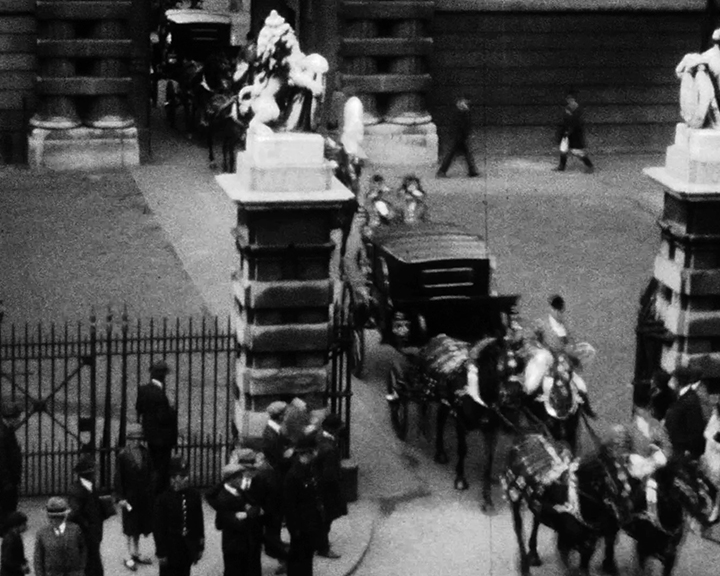 Footage taken at Wimbledon and Brooklands Races, where Sunbeam, the fastest car in the world is seen by Eugene Oakshott in 1926 [?]. Family garden scenes filmed at the tennis court in the grounds of Foxhunt Manor at Foxhunt Green, East Sussex where the family reside, are also included.

Views of a street, where fire engines have gathered to put out a fire in a hotel, open the film. Scenes at Brooklands Races follow, where Sunbeam, the fastest car in the world, pulls up. Cars race around a curved track. Views of the crowd and stands follow. Sunbeam circles a field driven by Sir Henry Seagrave. Its side reads 'Holder of the Worlds Speed Record 203 miles per hour at Daytona Beach'. Two of Eugene Oakshott's sons are seen in a motorcar at Foxhunt Manor garages.

Wimbledon scenes, which include views of singles and doubles matches and panning footage of the smaller courts and crowds taking tea at small tables, follows. The shot cuts to a royal Town Coach passing along a London street, seen from an elevated position. Crowds rush along the route and wave to the passengers. The shot returns to Wimbledon, where a group of men in waterproof coats drawing the cover over a grass court. Play begins when the rain has stopped. The Town Coach is seen, leaving the Royal Mews at Buckingham Palace through the iron gates.

Back at home the family group wearing tennis whites, walk out to the tennis courts at Foxhunt Manor house. Mother and child play with a toy dog on wheels. The young child is helped to walk, as one of her legs does not bend at the knee. A view of the impressive manor house follows, while a tennis match continues in the foreground. Eugene Oakshott's wife sits with the family dog on her knee, beside a young woman, at the tennis courts. 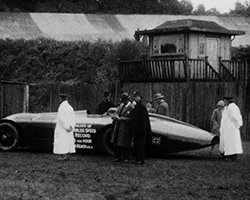 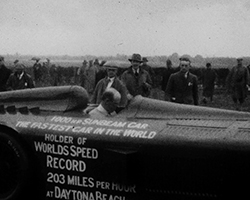 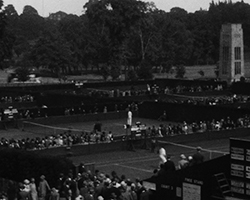 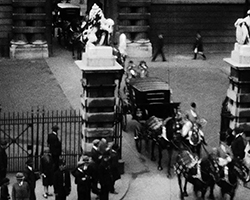