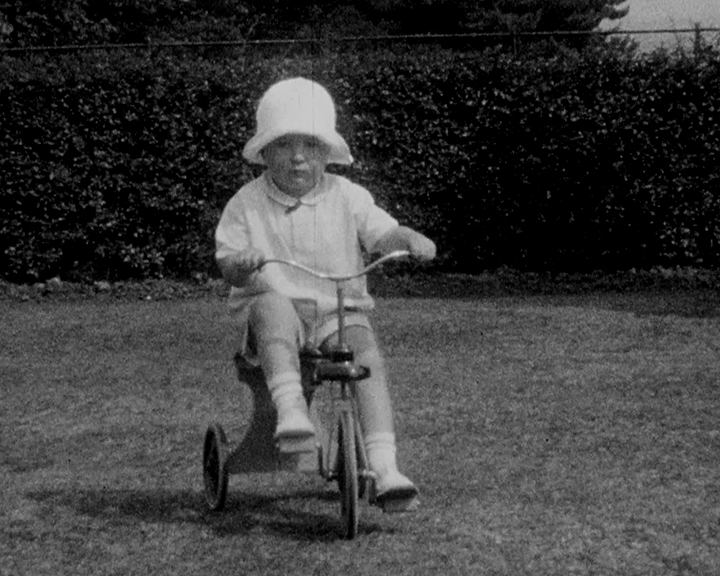 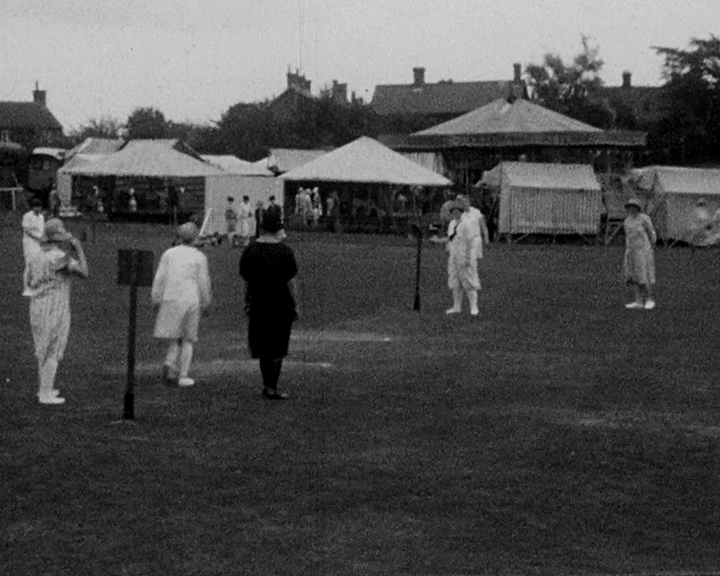 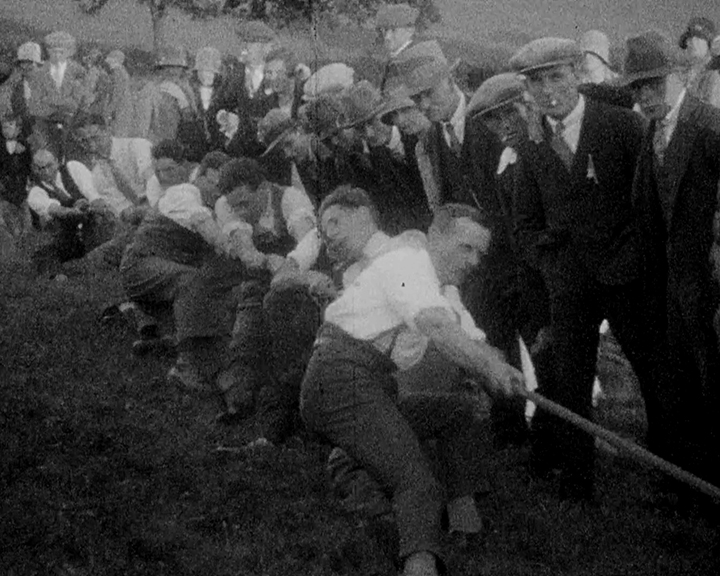 Scenes filmed in the garden at Foxhunt Manor at Foxhunt Green by Eugene Oakshott in 1928 [?], where friends and family play tennis, croquet and frisbee, and at a village fete, where bicycle and motorcycle races take place.

Harry, one of Eugene Oakshott's sons, plays swingball in front of the ruins in grounds of the family manor house in Waldren. Three generations of women sit on a bench in the garden. Two young children play in the garden. One rides a wooden tricycle.

Family and friends are seen in a series of head shots, all sitting in the same place in the garden by the tennis courts that face out to the South Downs. A group of family members, children and a nursemaid walk through the garden together. Some hold tennis rackets. A motorcar leaves the drive. A game of frisbee is played over a net. A woman plays croquet, the grand greenhouse behind.

Women play stoolball on the village green, where marquees at a fete are seen beyond. Family members sit on the other side of the tents, where rides and a race track lie.

Bicycle races begin; participants speed around the track for the first race, and try to make it round as slowly as possible without stepping down during the second. Men, wearing white shirts without jackets, their feet dug into the ground, pull one end of a rope during a tug of war contest. A toddler, Elizabeth, waves from a bed with a family member inside a sunny room, and walks in the garden with a parasol.

Harry, one of Eugene's sons, throws a ball for the family's Jack Russell, The dog leaps into the air when the young man throws the ball up, and climbs over his back according to his directions, trying to take the ball. A motorcar drives along a country road, arriving at Foxdene, a cottage on Scallows Lane, also at Foxhunt Green, where a woman greets the visitors at her white garden gate. 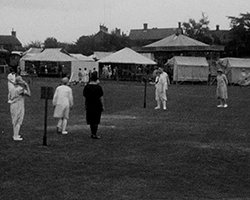 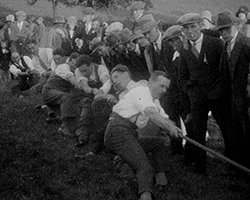