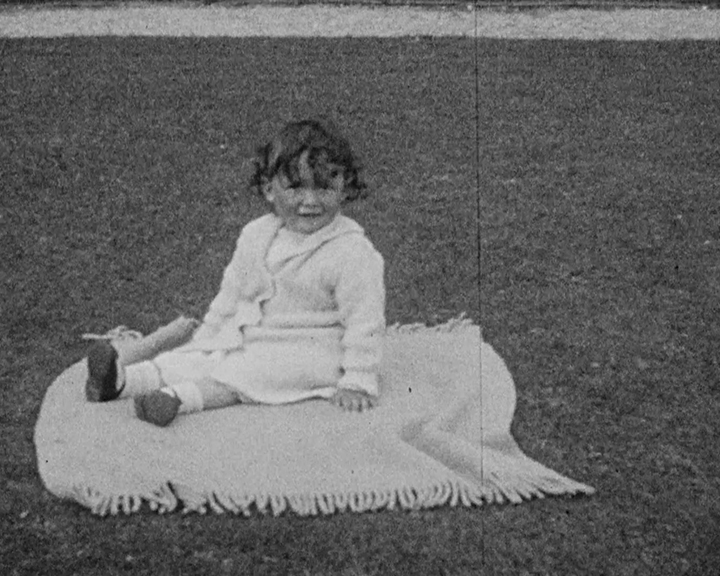 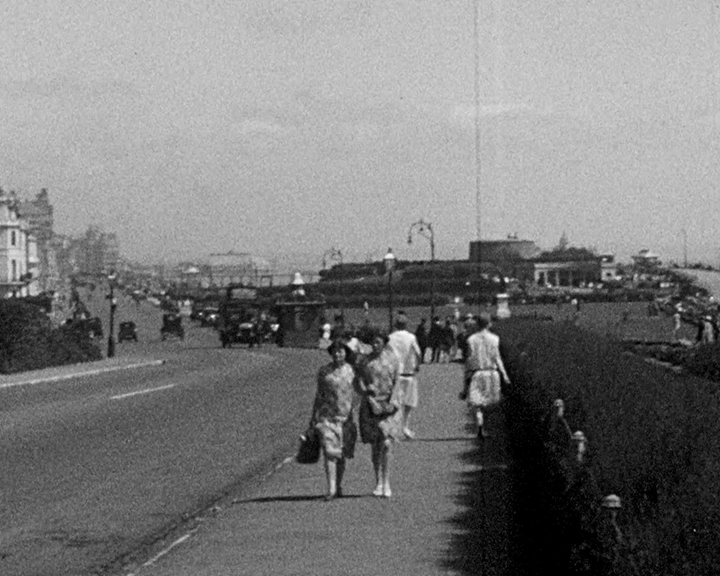 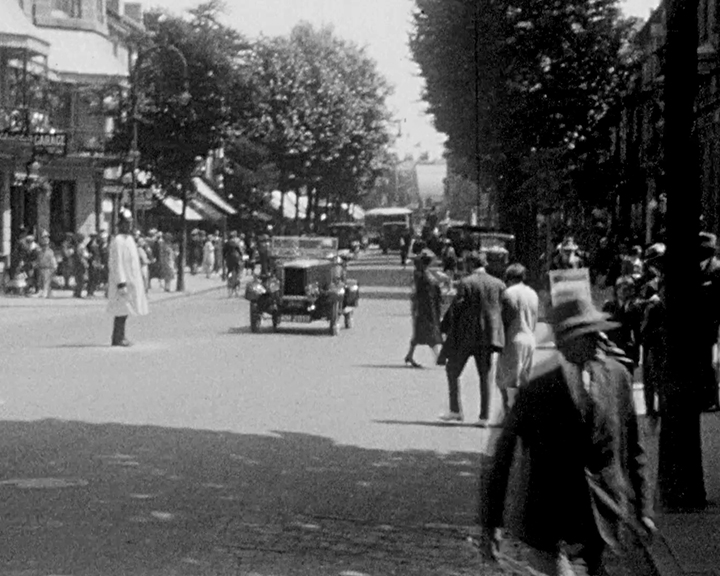 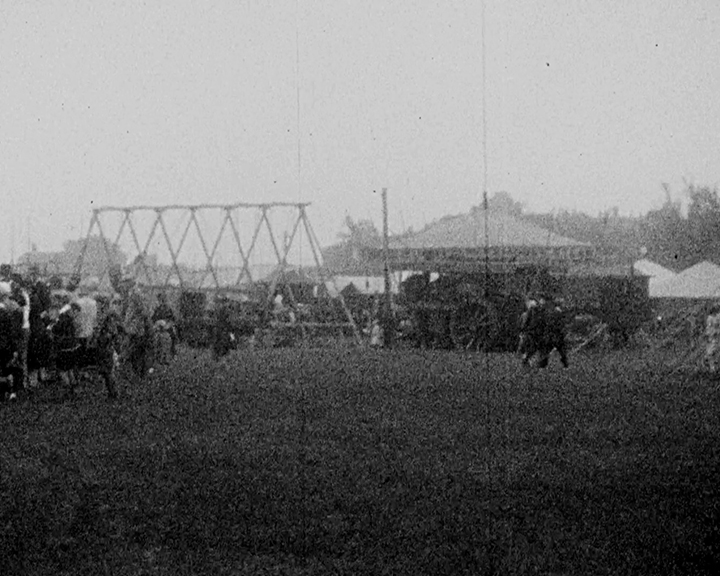 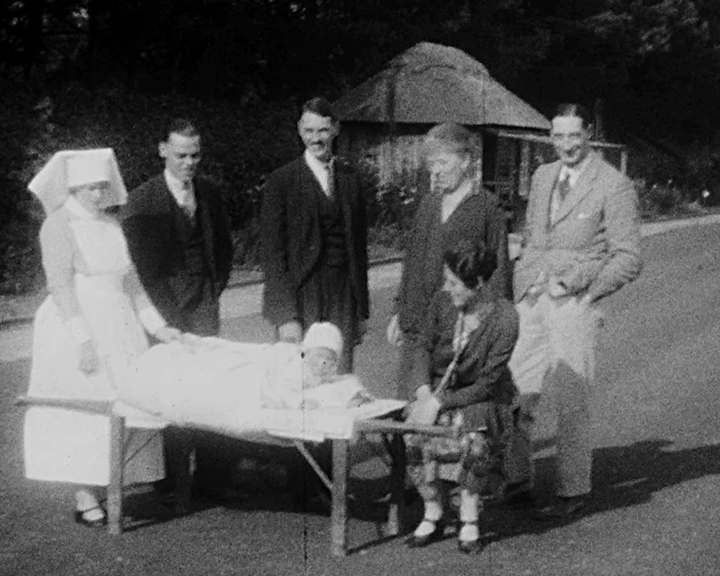 Oakshott family members, guests and staff are shown in portrait footage at Foxhunt Manor at Foxhunt Green in Waldron, East Sussex. Subjects are also shown in the grounds of the house, at Eastbourne and a local fair, filmed by Eugene Oakshott, the head of the family, in 1927 [?].

Elizabeth, a toddler, sits up in her pram by a brick wall of Foxhunt Manor. She smiles and kicks out her blanket. She walks briefly on the lawn, before falling into her mother's arms. Family members play a tennis match on one of the courts in the grounds of the house. Views of Eastbourne promenade, and the town from the South Downs, follow. Motorcars drive along a bustling Eastbourne street, where a man in a white coat directs the traffic and another advertises establishments wearing a sandwich board over his shoulders, walking on the pavement.

Family members give the dogs a bath in a tub in the garden, pouring water over them from a bucket. Eugene Oakshott, the head of the family, holds up his granddaughter. They talk and smile together. Fete scenes follow; families watch others riding the horses of a merry-go-round, also shown from beside the spinning ride. Swing boats are shown from beside the wooden structure and a distance, across the green, where the merry-go-round and traction engine on display are also seen.

A group of family members and guests, the Leslies [?], walk through the grounds of Foxhunt Manor. They are shown in individual portraits, talking and laughing while they are filmed, wearing elaborate hats and cropped haircuts. The group stand around the disused fountain at the centre of the pond in the grounds, before the guests leave the house and walk to their motorcar. A young man fishes with a rod by a river. A couple leave the drive at Foxhunt in a motorcar. Young Elizabeth lies on her front in a cot inside a sunny room in the house, waving and looking at the camera. Nannie laughs during her portrait. Eugene Oakshott, the film-maker, is also shown. Nannie walks through the garden in her nurses uniform. She plays with the Jack Russell on the lawn, wearing a wide white cap and long apron. Elizabeth is again seen, lying in her cot, looking up at the camera. A woman takes her round spectacles off during her portrait, and plays with the dogs in the garden, before standing with a man at the chicken house. They walk out to the chicken run with a bucket of feed. Family members and Nannie walk out with Elizabeth, lying on her front, on a stretcher, and push her on a trolley across the drive. She is seen, sitting on Nannie's lap at the foot of the stairs, inside Foxhunt Manor. 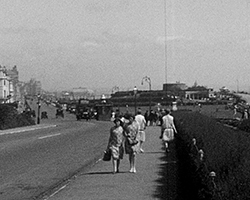 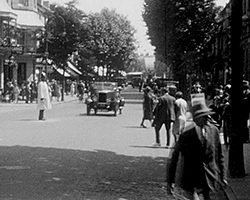 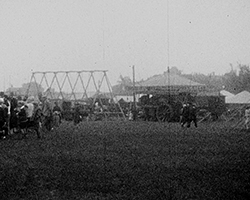 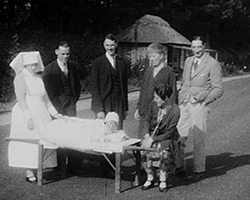