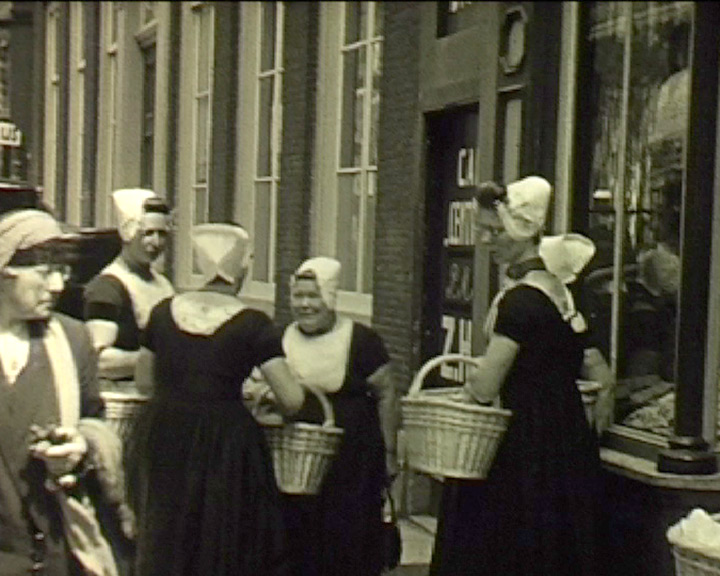 This compilation shows a series of scenes taken at a street market in front of Brussels Town Hall, Hotel de Ville, with several men on bicycles and women in national dress gather in the street. The women wear white head-dresses (like a wimple?), with decorations in their hair and black dresses with white panels at the front.

The scene cuts to a man hand cranking a street organ, as seen from the rear, with pages of the music score being fed into the machine. Further street views show several men gathered in a group together, wearing dark hats and suits and a woman in traditional dress carrying a toddler with portrait shots of a group of women and children. A man is seen trying on a new coat at the market, smiling and talking to the cameraman. A street organ is pushed through the street by two men.

Further scenes show local women and children walking through the streets, with views of a large building with several arches and scenes of two men boarding a boat in a harbour (?).