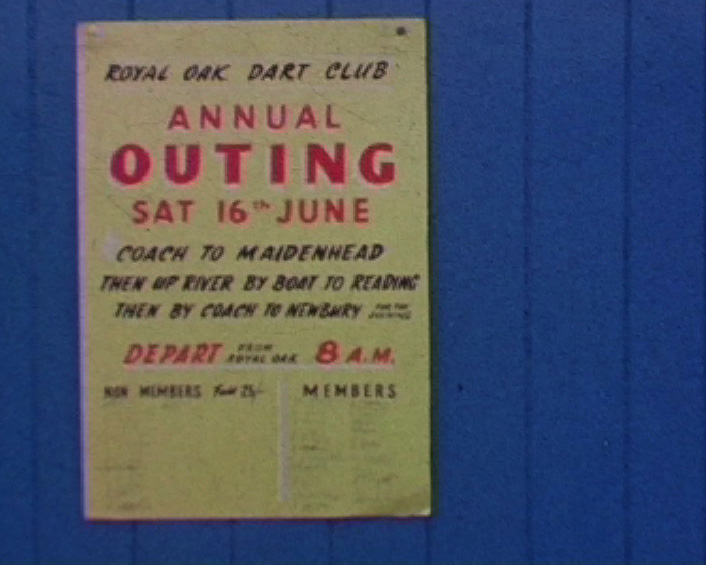 The film opens with a shot of a poster reading: "Royal Oak Dart Club Annual Outing Sat 16th June Coach to Maidenhead then up river by boat to Reading then by coach to Newbury. Depart 8am".

A man is seen chalking numbers around the edge of a tyre on the coach. Preparations are underway for the trip, various catering provisions are loaded onto the coach from vans. 'Point of view' shots follow from the front of the coach as it makes its way through heavy traffic on route to its destination. Shots of the men taking a break follow, they play Boules, eat lunch and sit in the sunshine. After lunch, the men take a boat trip from Maidenhead to Reading along the River Thames. The film captures scenes along way. The film ends as the boat arrives at Reading and the men are seen disembarking. Title: "The End". 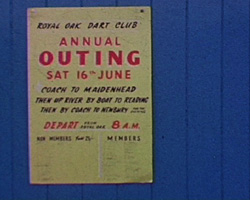