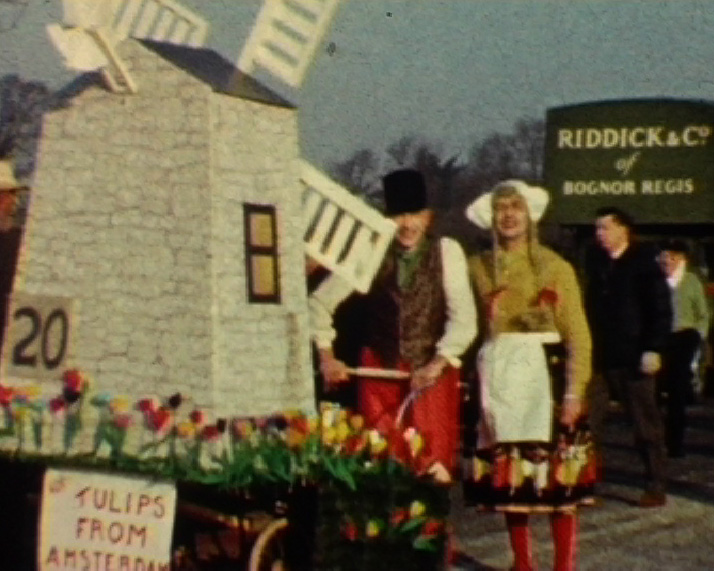 The film opens with shots of a fire burning in a field next to a main road; men are seen in the field trying to contain the fire. After a minute or so the Fire Brigade arrive at the scene in a fire engine. They roll out their hoses and extinguish the fire. The same men are then seen dampening down the fire, using brushes and spades.

Elsewhere, at a cricket match, children are seen with their mother buying ice creams from an ice cream van, and men and boys play a game of cricket on a field nearby.

The film cuts to scenes of Pagham Pram Race. Competitors pose in the road with their highly decorated prams and costumes can be seen preparing for the race. A girl holds a sign in the shape of a pram which reads: "Pagham Pram Race". Large crowds line the route of the race as the prams are pushed along the road. A competitor is seen lying on his back, exhausted, at the end of the race.