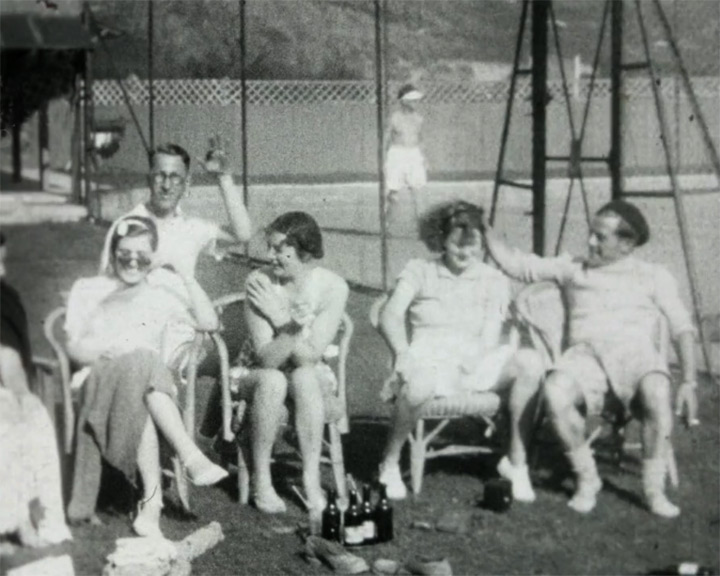 Lewis Rosenberg's holiday film starts with his friends working in a garden before they begin to lark about and play-fight. The men are seen walking through a stream and later in a larger group of men and women, making their way to Perranporth Beach for a picnic. The film moves to Newquay where Harry Rochlin and Lewis sit at an outdoor cafe with friends at Ponsmere Pleaseure Gardens before a game of tennis. Newquay's Towan Beach, and its cliff suspension footbridge, is seen before Lewis and Harry are amongst a small group riding horses along a rural lane.