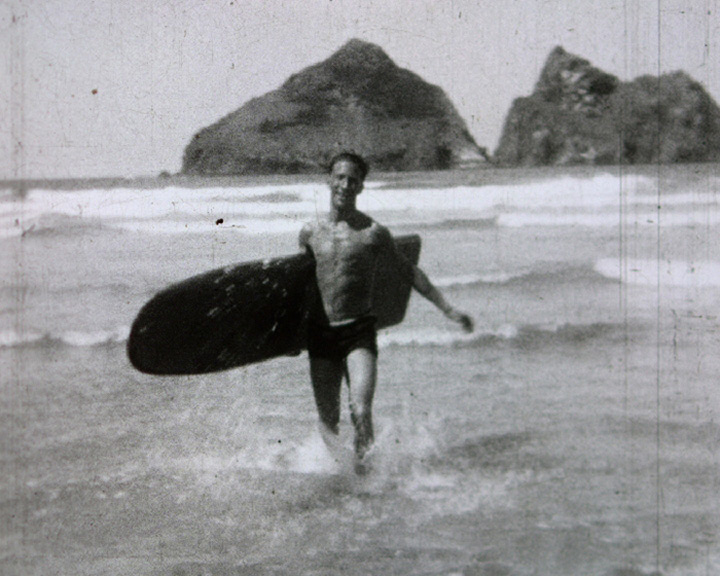 The film begins with him and his friends travelling by a Great Western Railway train to Newquay. The men walk with surfboards which are loaded onto railway carriages by porters.There are views from the train and their arrival at Newquay. Later they are seen driving and then arriving at a campsite in Holywell. The group of men are seen washing outdoors and playing around. A mixed group are seen and chatting and smiling for the camera, one playing a musical instrument. The men are served tea outdoors at a cafe.

The group of men and women, two carrying surfboards, head off along a path to the beach where they film themselves surfing. With his camera in a waterproof housing, Lewis creates shots from the surfer's perspective.

The group of men and women are seen playing and lying on the beach, then dancing a comic dance with seaweed attached to their swimming costumes. A man rides a horse along the beach and the men fool about and pose with their surfboards. The film ends with scenes of picnics and horse riding on the beach.