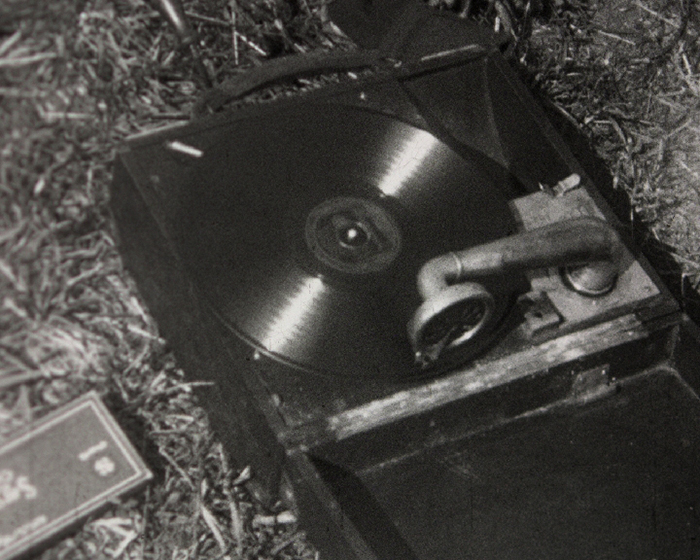 "Trying our hand at farming"

A group of friends and family try out various rural jobs including feeding some chickens and milking a cow. A girl sands with a dog whilst chickens run about the farm yard.

"We stop at the Cosy Corner for refreshments"

A group of men sit outside and drink tea. Another man is seen drinking beer (?). There is a very short segment of film in Dufaycolor, then returning to black and white film.

"The old water mill still has its uses for Auntie Harry"

The group visit a water mill, walk along a country lane, and appear to prey in a mock style at a well or trough in the ground.At the beach they pose for the camera.

One of the men tries body boarding, whilst others go swimming and paddling in the sea. The men hold various races, sprinting across the sand, trying the high jump, playing cricket on the beach and having a swimming race.

One man performs a kind of belly dance (?) in front of a couple of women whilst another man sings. A group of boys use sticks to beat the ground around a gorse fire. Scenes of swimming at the beach continue.

Filmed from a ship's gangway, people are seen waving from a pier, the ferry moves off and scenes show the passengers onboard and views from the deck. Wartime military preparations appear to be developing as various ships including a line of naval ships (Admiralty Trawlers?) are seen at sea after their departure from St Peter Port, Guernsey, and a squadron of aircraft passes overhead.