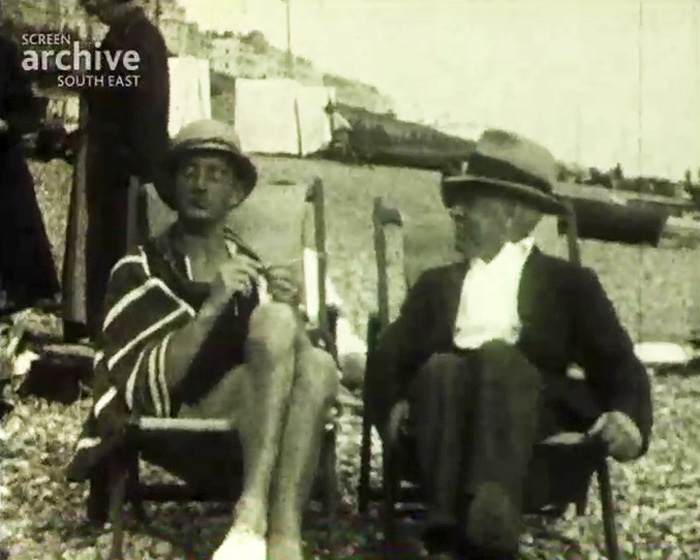 The film opens with several boys on a beach hauling a boat up the shingle and various people playing games and pranks on the beach.

The film then shows scenes from a wedding. Outside a church, confetti is thrown over the couple. A very brief view of a group having afternoon tea is followed by a short fiction piece showing motorcycles travelling at speed down a coastal road. The two men pretend to have a fight on a cliff top, one man pretending to push the other over the top.

A brief shot shows Violet Hilson putting on a Gramophone record. The next sequence shows a group sunbathing on the beach. One man comes to the rescue of a woman who is pretending to drown.

A brief portrait shot shows a young woman posing for the camera. The film then cuts to scenes of the fire brigade up a ladder (on Bedford Street) attending a burning building through a third floor window.

A longer sequence shows a Brighton and Hove Albion Football match at the Goldstone Ground, Hove, filmed from the stands behind the goal.

Various scenes then show the start of a cricket match with the team entering the field through the crowd at the Sussex County Cricket Club, Hove. The film then returns to a Brighton and Hove Albion football match.

The film ends with motorcar and motorbike racing or speed trials on Maderia Drive where spectators line the course.