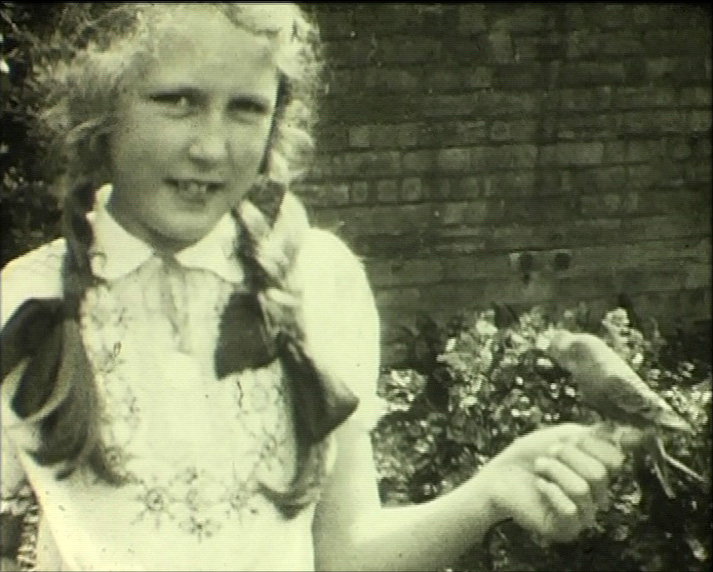 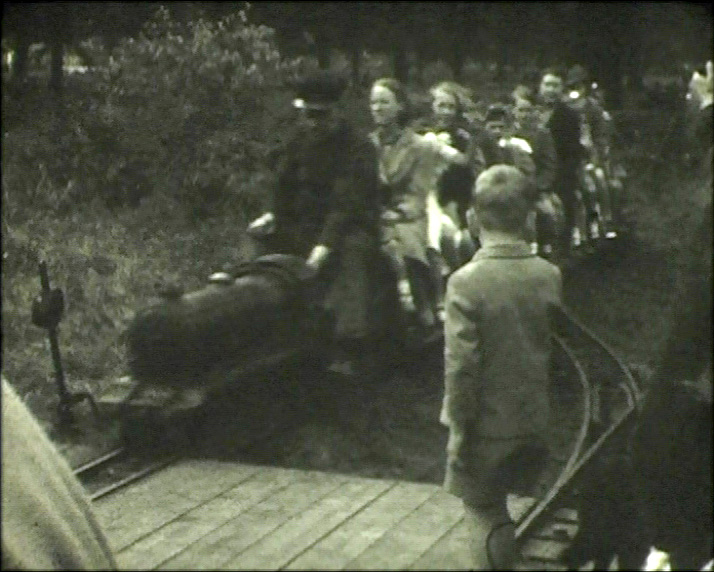 The film opens with two girls, one of them Margaret aged around 9 or 10, playing hoopla with an upturned deck chair. It then cuts to Margaret playing with a pet budgie that hops on to her back and shoulders. The film then shows a miniature train with children sitting along it, departing. The train travels through a field, then loops back round, and comes to a halt. The children, including Margaret disembark. In the short final scene shows four women picking fruit from some fruit trees, one of them up a ladder and the other three down below. 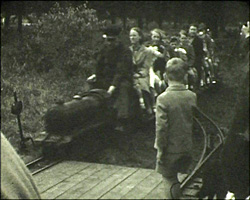