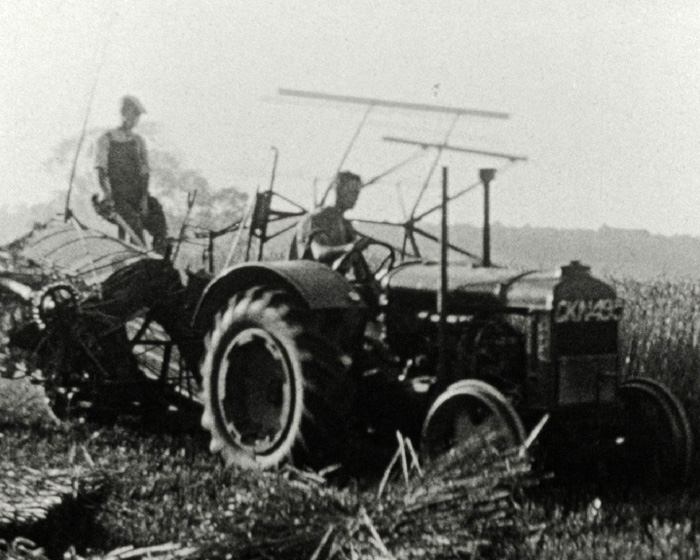 The film begins with a horse-drawn hay cart, heading out to the fields. Men can be seen using pitch forks to lift the hay on to the cart. In the next shot a tractor draws a reaper-binder which is used to harvest the wheat from the field. Further views of the countryside follow, with more shots of hay-carts and labourers in the fields. A man is shown bundling the hay up into Bales, which are then lifted back on to a cart by several men.

In the next half of the film, Mr. Newman is seen accompanied by friends in a garden. The camera cuts to a close-up of a little boy smiling up into the camera, as he plays with a toy boat in the pond. His daughter, Margaret, is also playing beside him. In the next frame a barrage balloon is seen descending in a nearby field. The film ends as the camera pans across the landscape of fields dotted with hay bales.