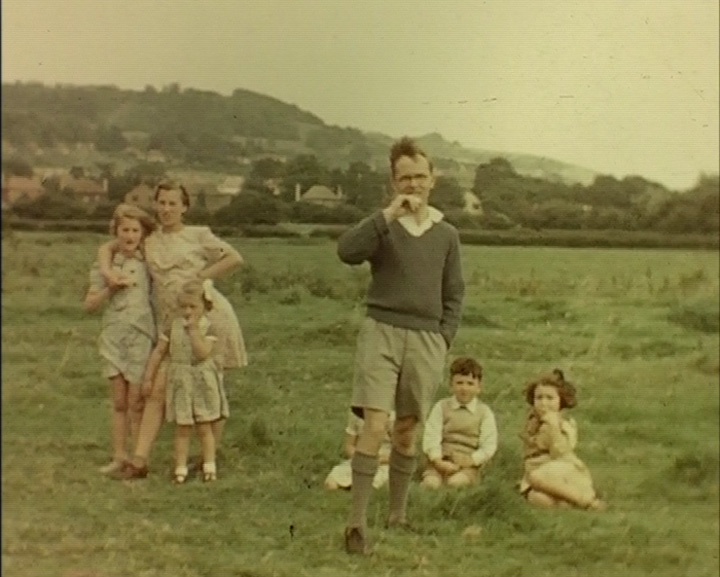 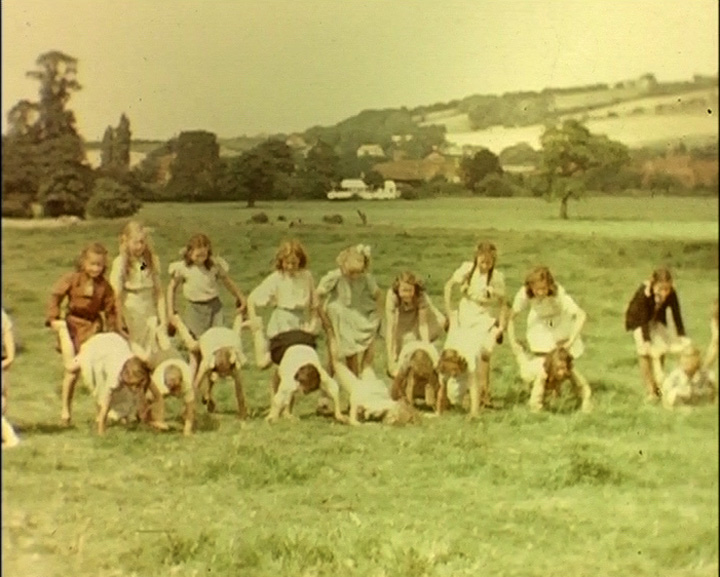 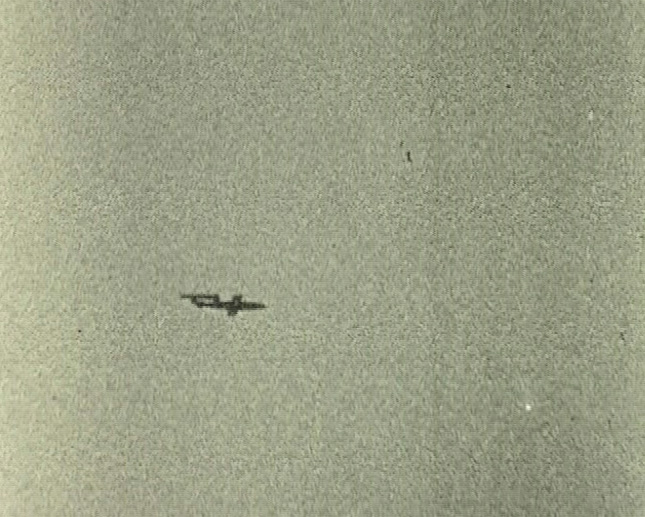 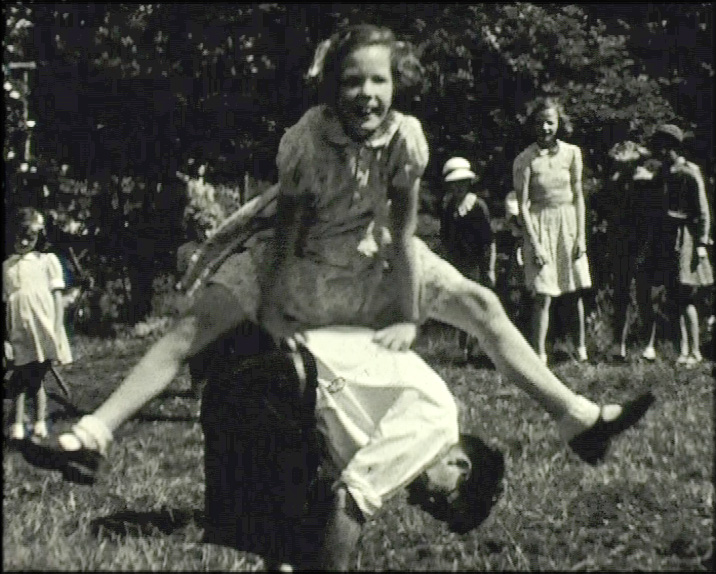 The film begins with title pages announcing the 'Otford Methodist Children's Church Presents The Annual 1944 Report, January. In the next scenes the camera pans across a view of snow covered Otford, followed by a title page announcing the Christmas Party in which children sit eating tea together. The film cuts to April, and the title page, 'We Again Won', followed by a shield announcing the OCCM as winners of the London South East District Scripture Examination shield. The following title announces a jumble sale that took place to raise funds for the Church, (see 6137 for full footage of the jumble sale). Eleven Pounds and Six pence is raised. In the following frames, 'June, Gift Day', a brownie pack walk together, visiting houses. The following title announces that it is July, and continues on to state that, 'Owing to' (cut to footage of war planes in sky, and one being shot down) 'We did not have...' then cuts to footage of games being played out doors. Under the title page 'September', harvest scenes follow, and the gifts of produce are arranged on tables in the church. December and the 'Carols of Bethlehem' Nativity play follow, in which the film-maker's daughter, Margaret Newman, plays an Angel. (See 6156 for full footage of the nativity play and Christmas party). A shot of a man riding a bicycle away from the camera, along a snow covered road follows. The annual report ends with a 'Financial statement', showing the income and expenditure receipts for the year.

The film switches back to black and white, and we a large group of children play a game holding hands in a line in the garden, as the adults look on, whilst sitting in deck chairs. 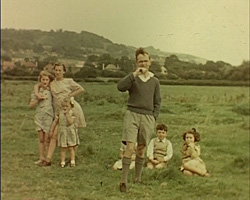 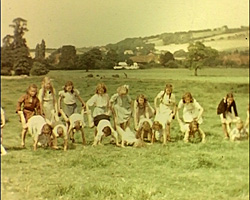 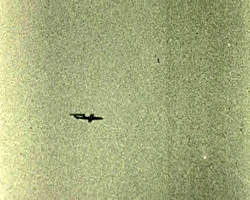 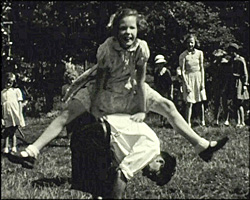