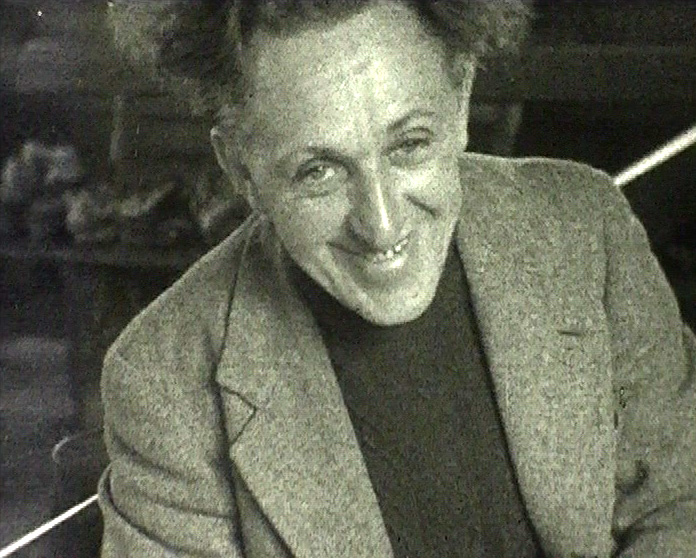 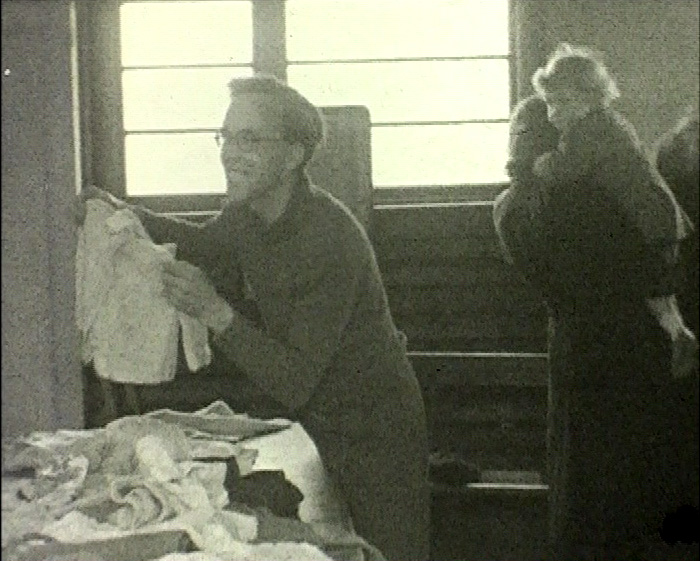 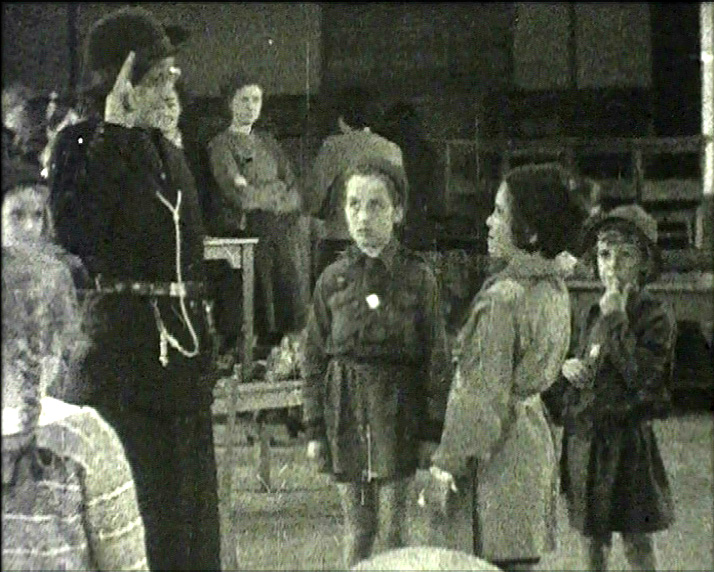 The film opens with a copy of Margaret's nativity play, 'Carols of Bethlehem', at the Otford Methodist Children's Church (see also 6156), after which children are seen sat at tables eating together at the Christmas Tableau Party in 1944, with some parents accompanying the children whilst others help to offer food round. After the meal, a girl, possibly Margaret Newman, helps to hand out small Christmas stockings to the children.

Following this, several children are seen making flower arrangements together; some children laugh and smile and the camera whilst others are absorbed in their flower arrangements. Several of the arrangements are then shown lined up on a table, whilst the congregation are seated in pews. The congregation stands to sing a hymn, and the camera pans across the aisles. In the next scene, the Newman family are shown sitting at a table with other guests, eating a meal.

The remaining part of the film documents an anniversary jumble sale in 1945, at which both Mr Newman and Margaret can be seen helping to man the stalls. Clothes and other assorted objects are laid out on trestle tables, as people crowd into what could be the village hall to make their purchases. Margaret helps behind one of the stalls. At the end of the sale, the camera pans in on Mr Newman counting the money that has been raised. The film closes with the scene from a brownie meeting, in which one young girl is being initiated into the Brownies. She makes her Brownie promise, then plays games with the rest of the Brownies. 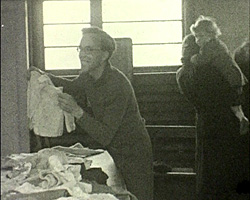 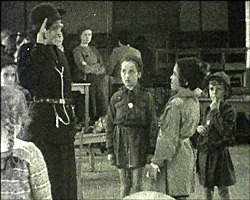