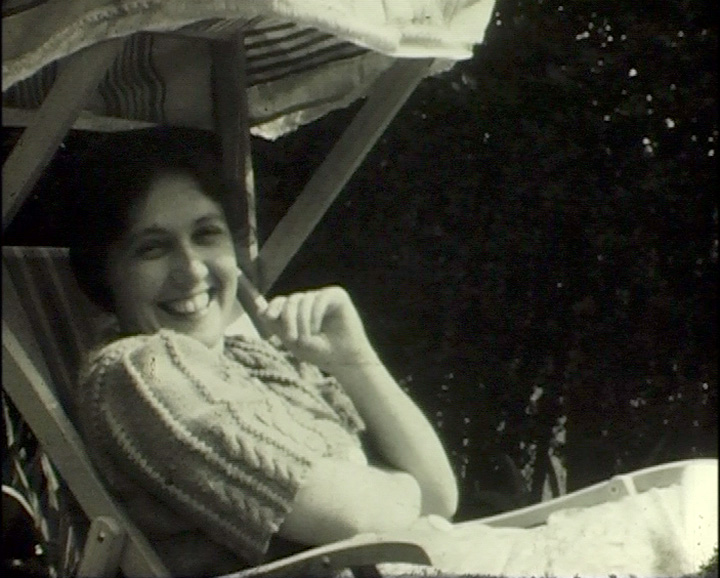 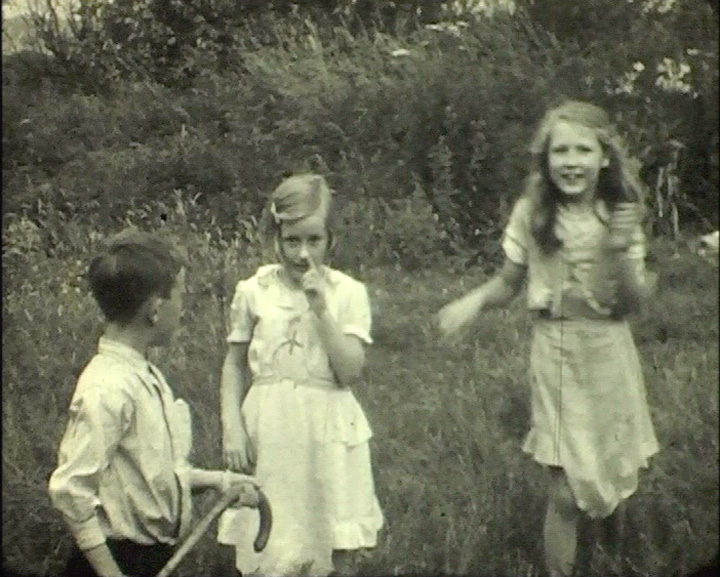 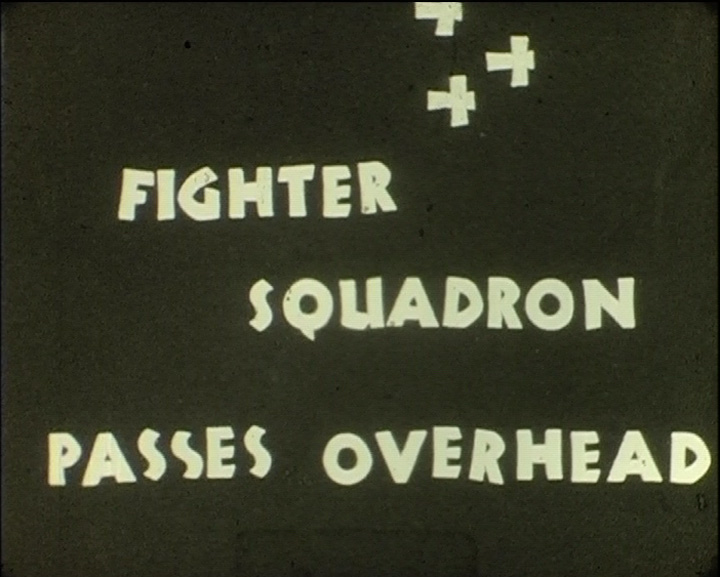 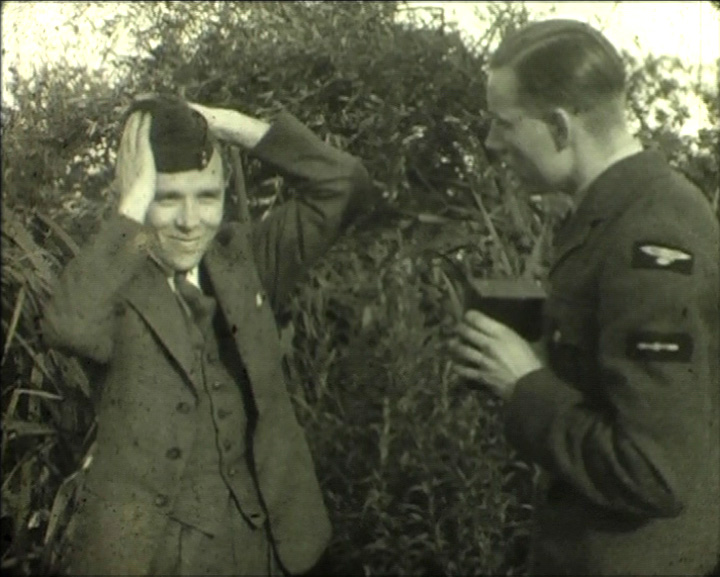 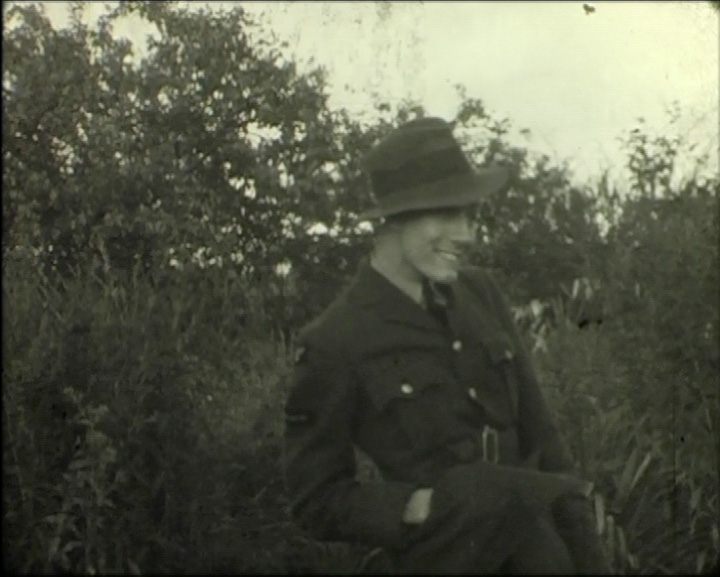 The film opens with a street scene of people standing in front of a road filled with cars and trams/ buses. This then cuts to a view of Margaret Newman, aged 8 or 9 heading to the beach, with a ball and spade in hand. Beach scenes follow, in which Margaret is seen playing in the sand; these shots are interspersed with title pages that contribute to the narrative of the film, such as 'Come for a row', depicting Margaret playing in the boat that she has dug out of the sand. Margaret is filmed laughing and eating an ice cream, with the title 's-n-ice ice-cream'. Margaret then finds 'a helper', who we see joining her in building sand castles. Mrs. Newman and her daughter are then shown composing a letter to 'Granny', followed by Margaret bathing in the sea with a rubber ring, later joined by her father. The next few titles introduce the other visitors that join them on holiday; Mrs. Dogget, Frank, Mr. and Mrs. Farrington and Doris and Stanley. In amongst these title pages, a man, possibly Frank, takes Margaret for a donkey ride on the beach, and after this a still shot shows a photograph of the family with their guests on the beach.

In the next scenes of the film, Margaret and her mother pay a visit to Polden's toy shop, where they buy a new toy sailing boat which is then sailed in 'Uncle Clay Thomas' boat race'. A shot of the elder women of the family knitting by the side of the pond is followed by a view of all the children with their boats registering for the race with 'Uncle Claythorne'. The boat race is shown, followed by several more scenes of Margaret sailing her boat and winning a race. The scenes of their holiday finish with the title page, 1939 Holiday Ends With War Very Near'.

The following footage is all filmed in the 1940s; it begins with the title page 'Whitsun Holidays 1940', further explained by the next title page 'Whitsun Holidays At Wellingbor'o, May 10-13 1940'. The opening shot shows an elderly man, possibly the family's grandfather, mowing the lawn. This is followed by 'A Gossip In Deck Chairs', in which the family sit relaxing in deck chairs in the garden; Margaret, who looks about 10 or 11 years old in these shots, helps a young man set up the deck chairs, which is followed by a shot of Margaret's mother and another woman, sitting in the deck chairs and smiling at the camera. Meanwhile Margaret plays on the lawn. A close up of Margaret smiling and showing the camera her skipping rope, is followed by Margaret skipping. Short shots of various family members follow, preceded by a still shot of the newspaper the 'Daily Herald', with the headline 'British March Into Belgium, Ferocious defense halts German rush on Holland'. The remaining shots of the Whitsun weekend film show the family heading off for a walk around the garden or possibly a park.

The next part of this film documents the Newman family's 'Summer Holidays At Home July 28 to August 11 1940'. The opening shot pans across a landscape of fields and trees, interrupted by a title page; '14 Days Near 'The Bear' Because of The War' after which the landscape shot continues. The film then cuts to a view through a window, of 'Mrs Newman laying a table outside in the garden, followed by the title page 'Meals Out Of Doors'. The family sit at the table outside, eating lunch together. The following scenes are of Margaret playing with two other children outside. A fighter squadron passes over, then the children's games continue, 'in spite of the Battle of Britain'. This is followed by scenes of the family picnicking by a river, and of the children playing in the river whilst Mrs Newman reads.

A day trip to the zoo is also included in the film, with shots of Margaret feeding buns to the bears, and watching the sea lions. Footage of penguins, 'Ming the Panda' and Margaret feeding Camels follow. After this the film returns back to similar footage of Margaret playing outdoors, in the company of two young men, one in army uniform. The two men joke around taking photos of each other whilst swapping hats and items of clothing. This cuts to Margaret feeding her pet rabbit whilst her mother hoes the vegetable patch. Another little girl accompanies Margaret in these scenes of the two trying to repair the roof of a shed. The film comes to an end with the two girls running and jumping off into the distance. 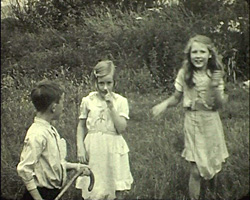 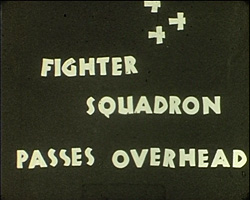 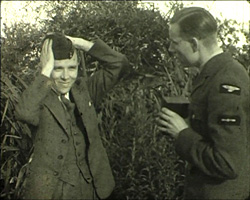 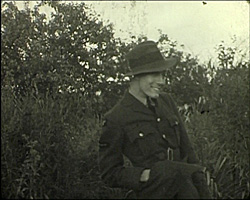