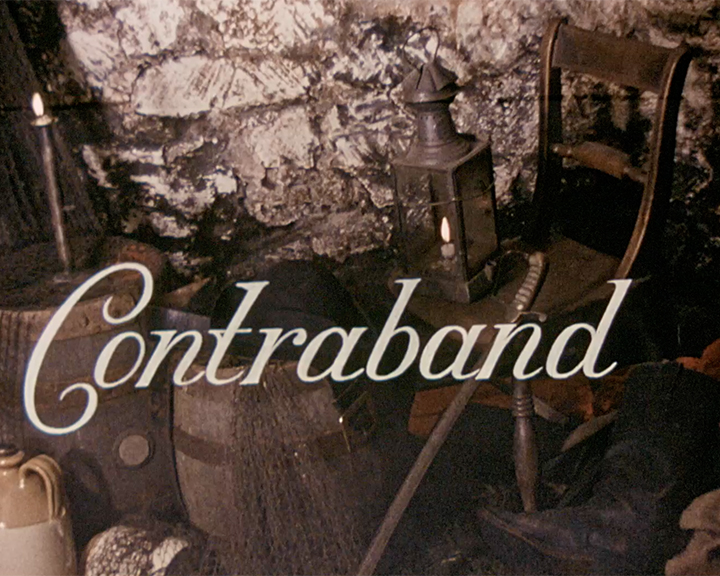 North Downs Cinematograph Society... presents Contraband." a fiction work with instrumental music throughout, no commentary. Smugglers in period costume carry barrels out of a boat and up into a seaside village. At Eli King, Undertakers, the men lift the barrels into a coffin and put the lid on. A pretty young woman sees the men up to no good and runs off down the street when they spot her looking over the stable door, dropping her scarf. At His Majesty's Custom House, she tells a town official but he won't help her. Returning to the undertakers, she finds her scarf atop the coffin and peeks inside before Eli scares her away. She fetches the official and explains what she has witnessed but a young boy is spying on them. The men carry the coffin through the streets to the graveyard where armed soldiers await, hiding behind the headstones. A sword fight ensures, with the men being defeated by the defenders of the law. When the town official opens the coffin, it is not the barrels he finds but the young woman, dead inside. The End. 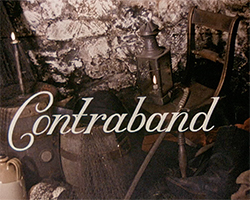