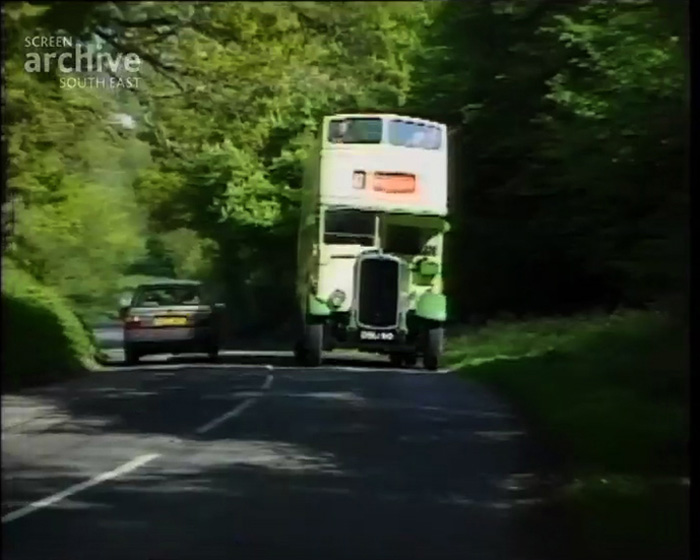 Several historical vehicles are seen in close-up along the route, from Battersea Park, London, to Maderia Drive in Brighton. These include a cement haulage vehicle, Bishop & Son's traction engine, 1939 Bristol bus from the Isle of Wight, a vintage fire engine and several passenger cars and smaller light commercial vehicles. The images are accompanied by a voiceover explaining the purpose of the event and locations of the vehicles along the route, with titled time-stamps to show progress. The vehicles take in urban and rural roads and villages including Battersea in London with Battersea power station, the villages of Cuckfield, Ansty and a service station near Pease Pottage in West Sussex.

The film closes with a montage of the event at the finish point in Maderia Drive, on Brighton's seafront with the presentation of trophies and awards for the competitors, followed by end production credits. [Audio removed for online].