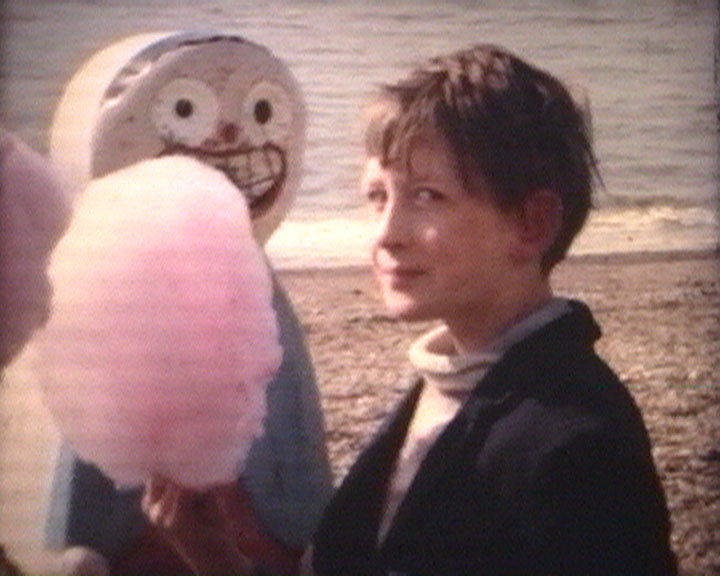 The rooftops of Brighton's houses are filmed from a train as it travels over a viaduct. The exterior of Brighton Station is followed by images of a boy blowing bubbles in a park. Children ride funfair rides and adults drive their cars along Marine Parade at the end of the 1964 London to Brighton Veteran Car Run. Marine Parade plays host to a fashion show in June - the actress Dora Bryan is guest of honour whilst models step out of vintage cars, modelling the latest fashions. On another occasion, vintage vehicles, including a fire engine and a Model-T Ford, are exhibited on the road.

Students in fancy dress parade through the city with collecting tins and competition helium balloons are released into the sky. Majorettes, a marching band and the Carnival Queen lead a parade of floats through the city. The shop windows in The Lanes are filmed and a man makes a soap box speech at Speaker's Corner. Summer colours dominate the gardens surrounding The Royal Pavilion. A convoy of elephants walk through the city streets and people rummage through the goods on offer at the Upper Gardner Street market. A busy meet takes place at Brighton Racecourse - the bookies are filmed. Preston Park is alive with flowers, ponds and visitors who play in the playground and play tennis and football.

Down on the beach waves come in, people wade in the shallows and swim in the sea. The seafront is packed with visitors including twin black babies and older children who participate in Jack Howe's Children's Theatre. Volk's Railway runs along At night-time the seafront, including the two piers, comes alive with illuminations. People are filmed in slow motion as they dive off the diving boards into Prince Rock Lido.

The film-maker also films a friend who carries a cine camera with him as they tour Brighton. The film ends with a couple of animated advertisements. 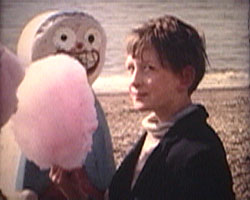