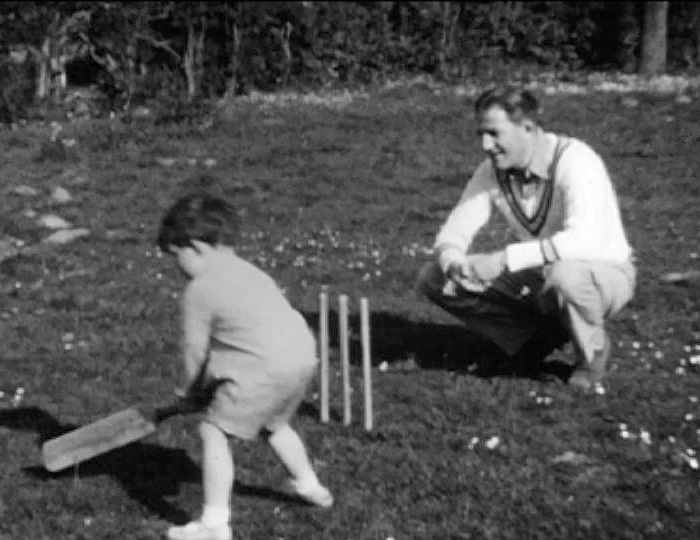 This film opens with views of a toddler sitting on a nurse or nanny's lap, and seen later playing in woodland. The family have a picnic and play a game of cricket in a rural garden next to a house, where a young boy is determined to hit a ball as the family play Cricket, taking repeated swings at it. The family and their staff are seen mixing together as a nurse pushes a young boy in a toy ride-on car around the garden, and two boys play with the ride-on-toy-car, one sticking his tongue out as he passes the camera, watched by Stella and another girl dressed in dungarees in the background.

The family gather together on an outing to a park where two children feed a parrot, play in a playground, visit a boating lake and a miniature zoo (?). At the zoo, the group visit the elephant enclosure and a young girl takes a pony ride, led by a young boy in a military-style flat hat.

The next section opens with a wide shot of Austin Reed's home, as a car emerges from a driveway (XY6213? - early London registration) with the children waiving to the camera from the car.

The family take a holiday to a seaside, where they sunbathe outside a house in a boat (on land) in the front garden, as the children play with their toys. The family go for a walk and a swim on the shoreline dressed in beachwear and summer attire swim. The film ends with portrait shots of a toddler sitting at the waters edge.