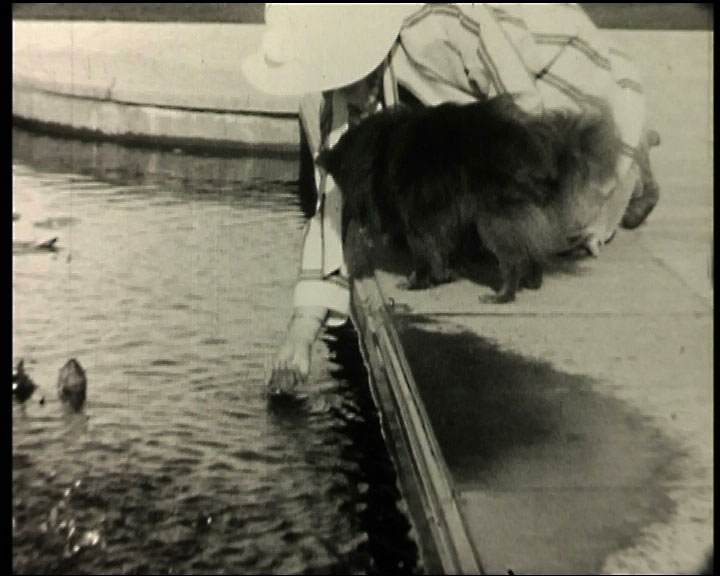 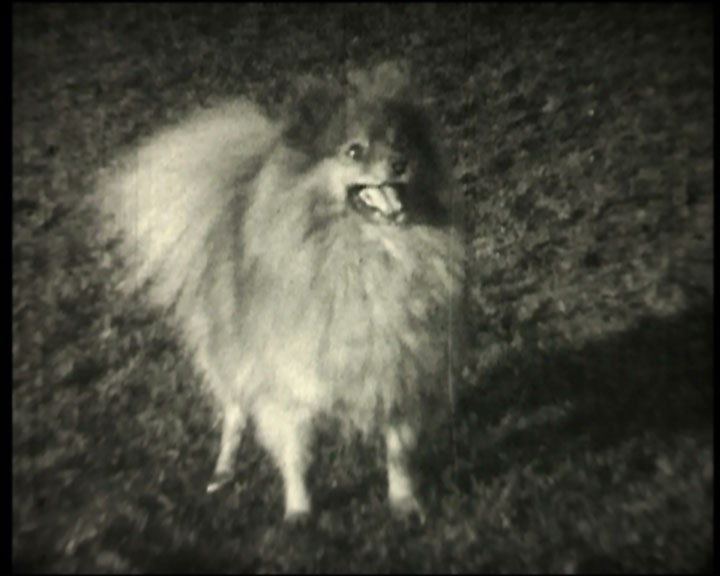 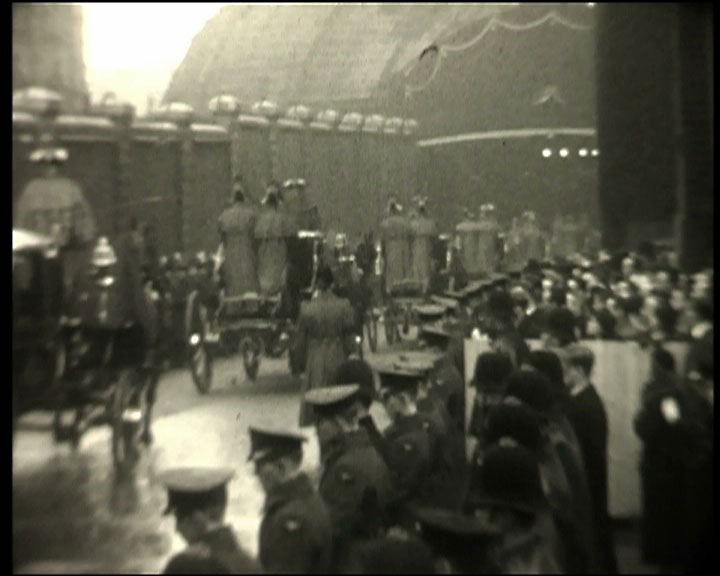 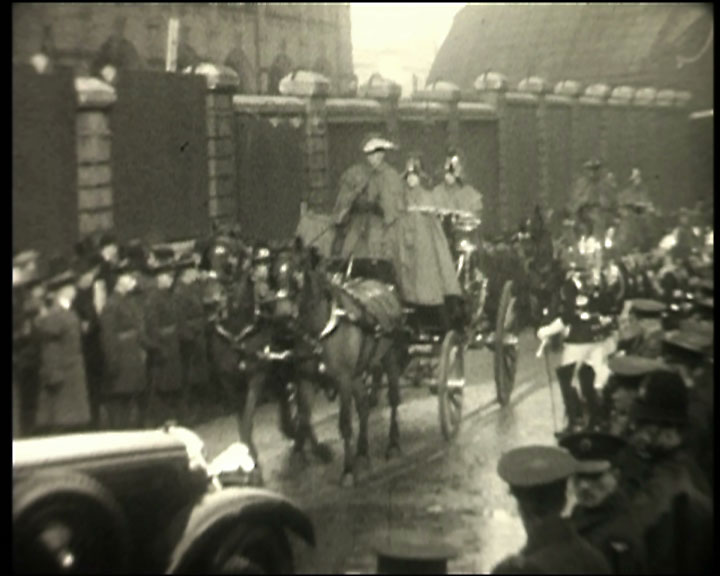 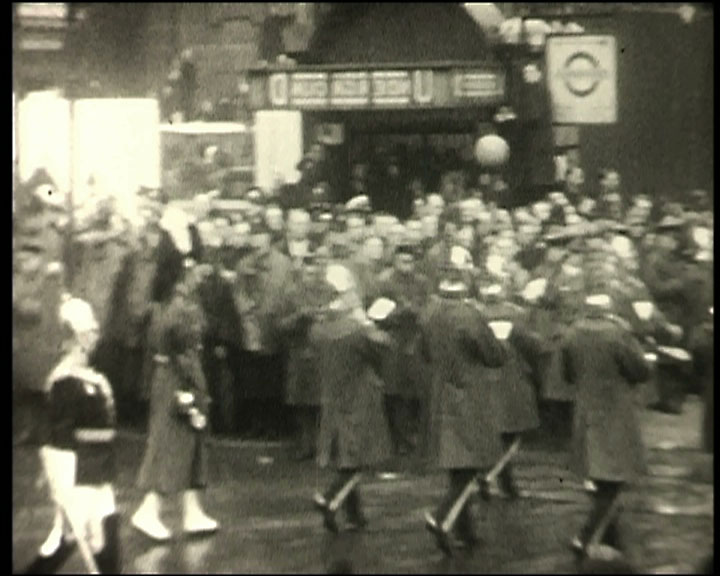 [Not included in the online clip] The first film shows a Pomeranian dog playing with a ball, barking at the camera and running around a garden.

[Included in the clip] The second film shows highlights of a state funeral procession for HM King George V following a four day period of mourning with him lying-in-state in Westminster Hall, London. Dignitaries and troops parade in front of and behind the state landau with casket, accompanied by the state coach with family members. Crowds of spectators line the streets to watch the procession pass through (from Westminster Hall to Paddington Station). 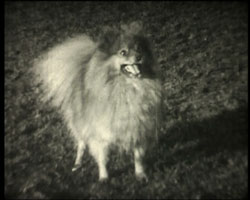 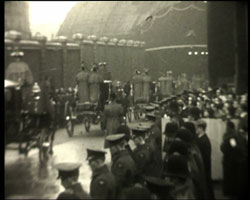 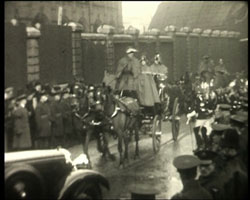 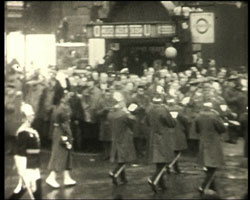