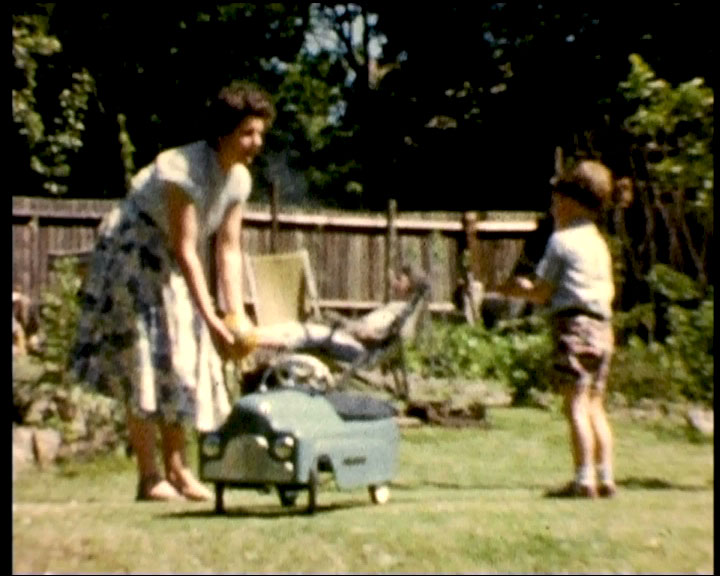 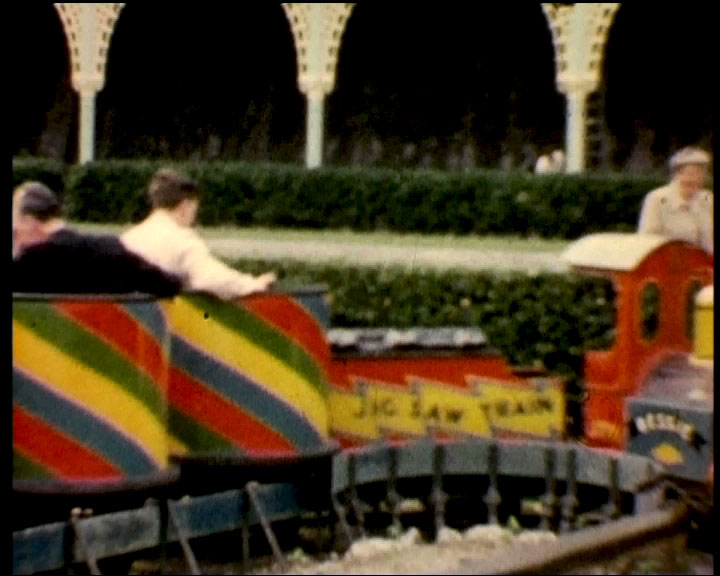 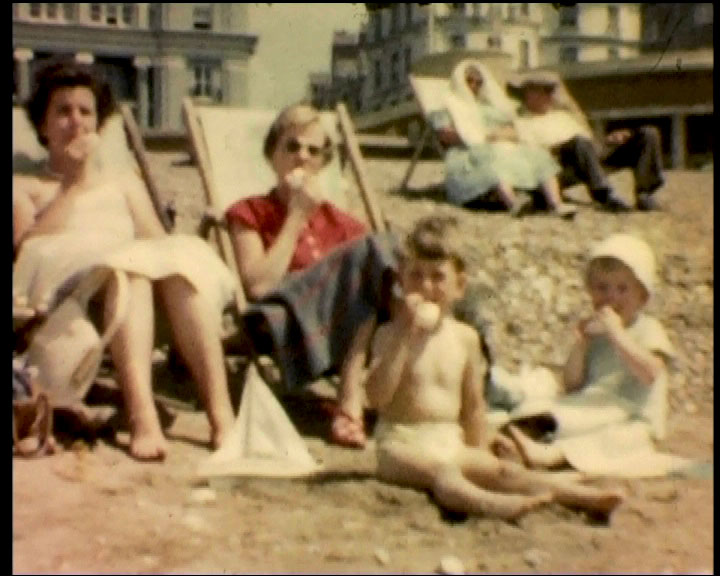 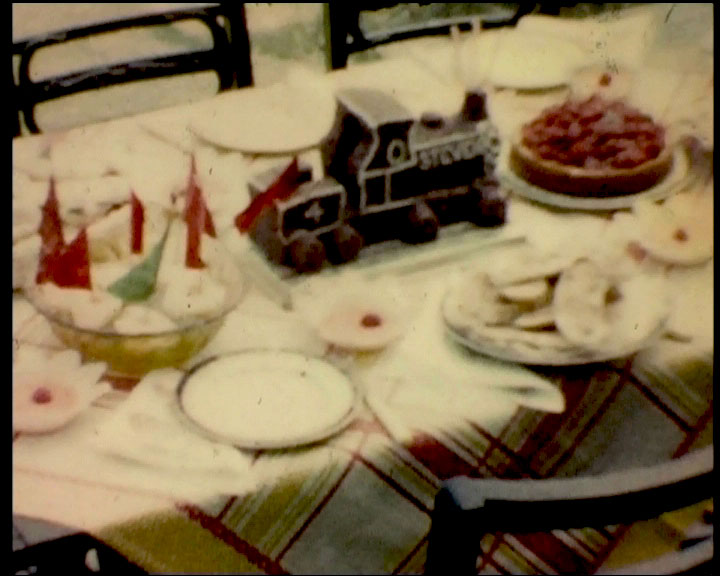 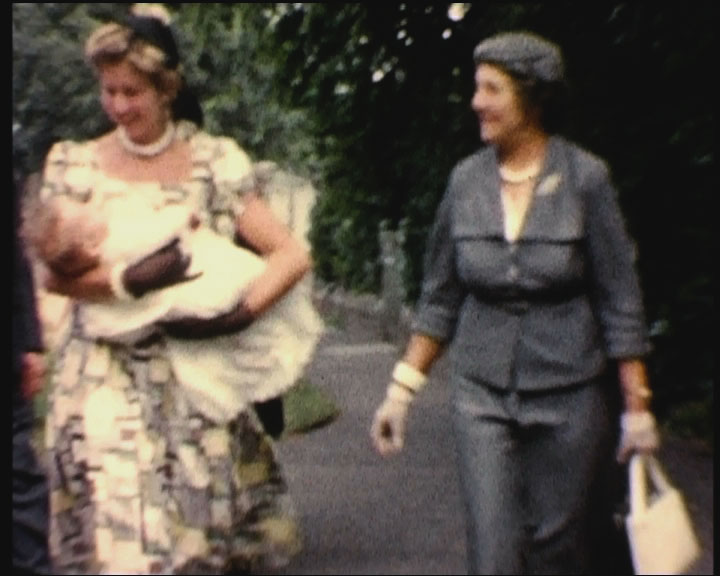 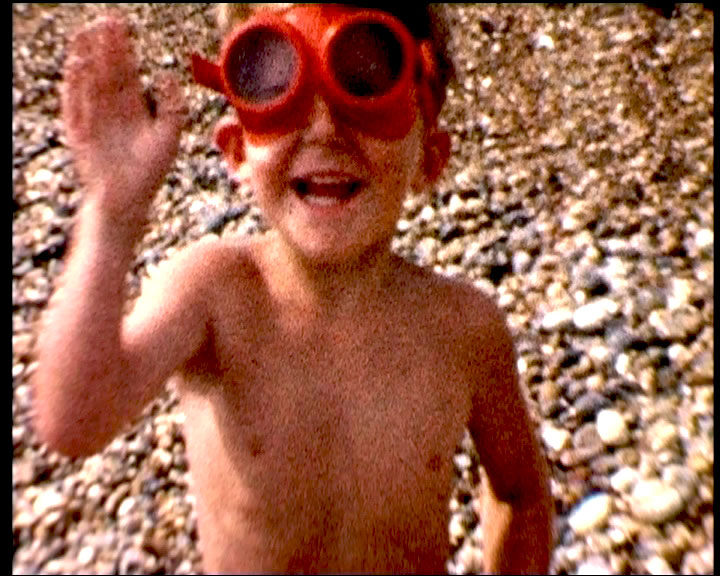 In a domestic garden, a boy plays ball with his mother. Two boys play with a toy car. On a visit to Brighton beach, they eat ice cream on the beach. At Peter Pan's playground in Brighton they play on the merry-go-round and toy train ride. They then go paddling in the sea. At a birthday party, four year old Steven has a birthday cake in the shape of a train. The day includes a tea party in the garden. The boys play with toys, and the children play on the swings; with a toy wheelbarrow; a train; a toy crane, and blow bubbles.

At a christening party, there are scenes outside the church and of the baby in a cot. Christmas scenes with presents are followed by scenes of the family, a dog, cards and toys. In Spring scenes the boy is seen wearing a train shirt. Returning to the beach, they go paddling in the sea. Final scenes show the boy with a toy train and his mother in the garden. 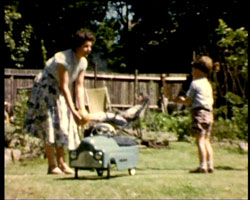 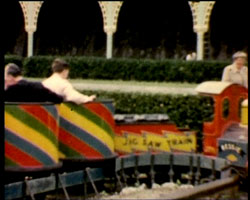 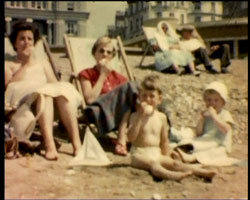 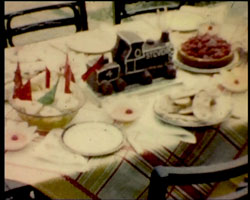 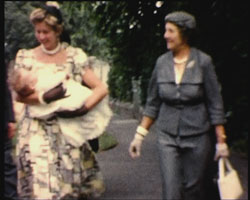 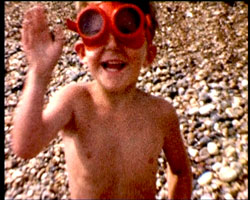