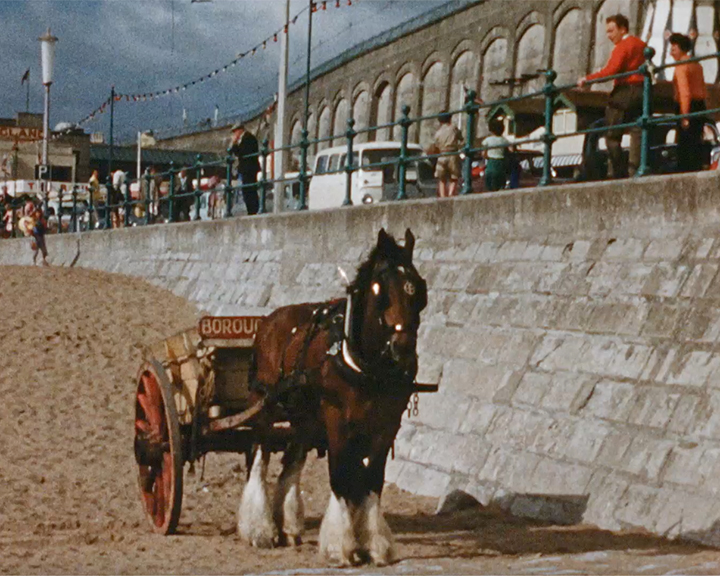 The film opens with the title "Prince, Ramsgate Corporation horse for thirteen years 1948-1961". A heavy horse and cart are seen on the beach below the promenade and seaside amusements with its owner/handler [?] in Ramsgate. Prince pulls the cart up onto the promenade where it is petted and fed by passers by. Horse and owner walk along the promenade, past the Tunnel Railway, emptying rubbish bins, passing seaside architecture, advertisements, attractions and businesses.

Intertile: "Arriving at the ranch to retire" follows, in which Prince is seen being walked to "a home for old and retired horses and donkeys". A man takes the horse towards the stables before he is shown into a paddock. Intertitle:"A stroll in the paddock" Prince jumps around joyfully, kicking his legs out in . A Kodak Safety Film leader ends the film. 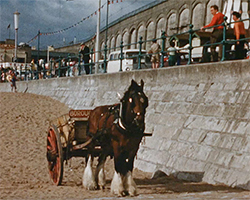 Passionate about animal welfare and devoted to the rescue of working horses and donkeys, Enid Briggs set up a Sanctuary called The Ranch in 1936. Helped by a team of boys and girls as well as domestic staff including a gardener, groom and chauffeur, Enid cared for the animals until the 1960s.

The book provides an illustrated account of Ms Briggs’ horse and donkey sanctuary in Broadstairs, Kent. A copy is held at Screen Archive South East, kindly donated to the archive by John Williams.

Research on Enid Briggs carried out at local libraries by Tim Cornish.