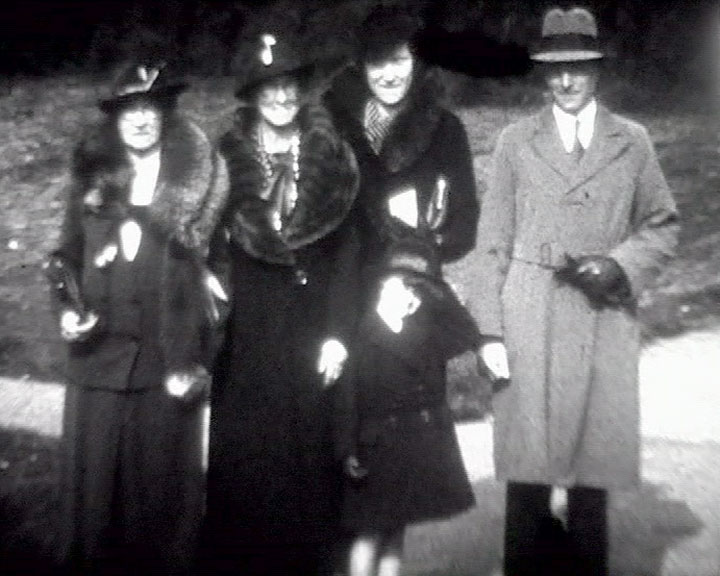 The film opens with a woman asleep on a deck chair in front of a beach hut. She looks unimpressed to wake and find the camera focusing on her. The scene cuts to an aircraft flying overhead a large steam boat. The Tanner family stand outside the beach hut with a young girl dressed in a blazer. The same young girl is then filmed taking her dog for a walk. The season is Autumn and the family stand together for a photographic portrait.

The next section of film shows Chichester marketplace and Arundel Castle as buses and cars drive past. The film then cuts very briefly to a man casting a fishing line from the beach.

The next section of footage is filmed on the deck of a cruiser ship. People dive into a swimming pool on the deck and we see the same lady from the opening of the film playing tennis. There are women with parasols and crowds spectating at a cushion fight on a pole above the water.

The film then cuts back to a domestic garden with a woman parading in a princess outfit, a man also plays with a dog and jokes around for the camera.

A group get out of a car with a picnic basket. They lay out the blanket and pour drinks from large flasks.

The film finally shows a bustling Brighton seafront, Easter promenade. We see a couple walk towards the camera and Embassy Court is clearly shown in the background. We also see views of Brighton Seafront from on the West Pier and a speedboat passing. People weigh themselves on a machine and feed the pigeons.

Fashion Notes: The street scenes of this film provide an array of examples of women, men and children wearing various styles of outerwear, including women’s coats with fur collars. The film also contains footage of bathing suits and swimming trunks.