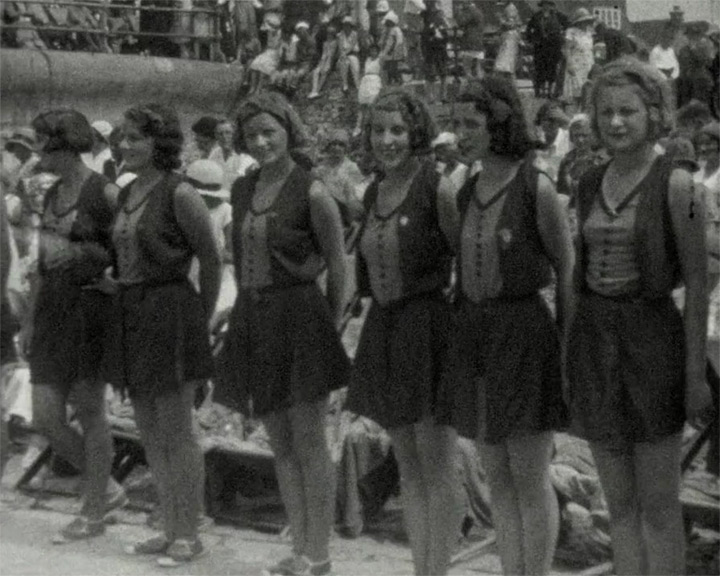 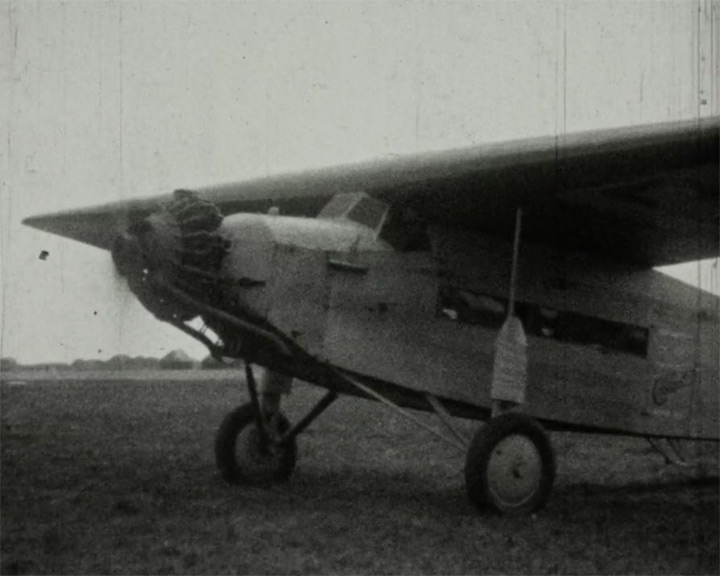 Titles 'What and What Not' - Intertitles: 'Viewing Bognor from the air' and 'Tangmere Aerodrome' caption scenes of the aerodrome from a distance and an aeroplane taking off. The intertitle: "The Daily Mirror Eight" precedes a troupe of women in a uniform of short skirts and sleeveless tops, who perform a fitness routine of stretches and exercise including routines with sticks and umbrellas. They also perform a tug of war. The next intertitle is for the "Schneider contest", a trophy air race, held in 1931 over the Solent. Various shots show the winner of the contest, the Supermarine seaplane. A variety of boating activities are then seen in "Round & About in Bosham". The heading "Commander Daniels visits Bognor Regis in 1931" explains the crowd gathering to see the Commander of the yacht 'Wild Duck'. Returning to the spectacle of flight, the film shows the presence of "Captain Barnard" and his air circus using various planes such as "The Spider": a Fokker V.II registration number G-EBTS., and an autogyro. 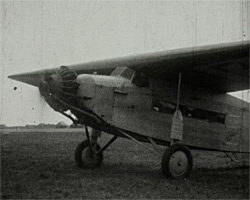