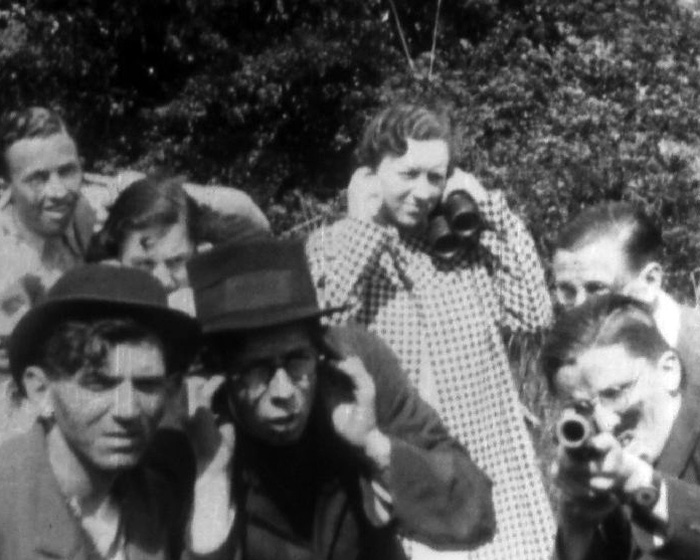 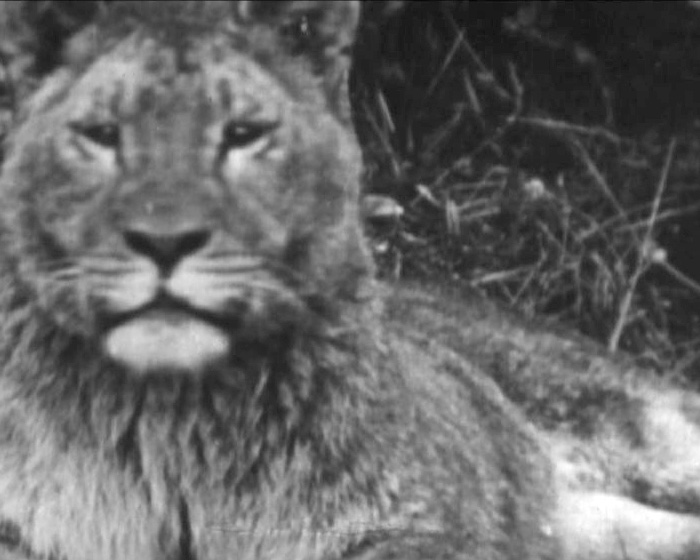 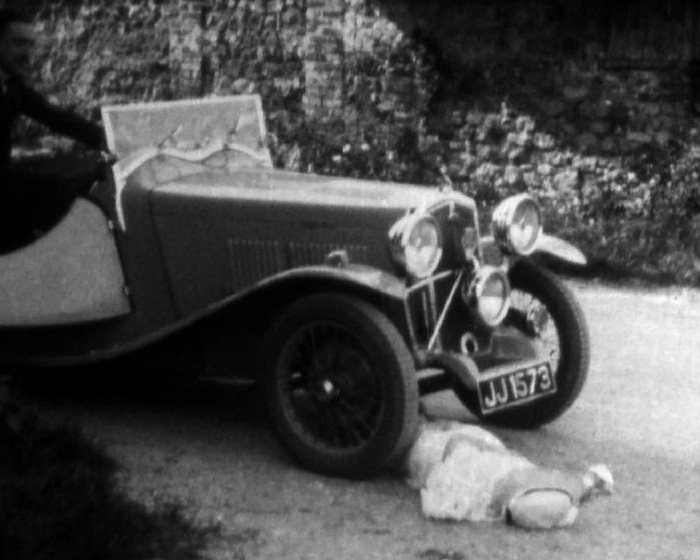 This intertitled amateur fiction film opens with a title: 'What a hunt', followed by a list of cast and crew accompanied by an illustrated view of the main characters as featured (crew list is dark and hard to make out detail).

This film opens with scenes of the local villagers from 'Norbog' gathering in a vicars garden for a tea party, being welcomed by the vicar as they arrive. A couple go for a stroll and happen to peer over a hedge and see a lion sitting on the grass, which unknown to them, has escaped from Bognor Zoo. The couple quickly flee back to the group to tell them what they have seen, when panic breaks out, they seek refuge inside the vicars house.

The group then decide to capture the lion, dividing into groups they go off into the local countryside. During the hunt 'Miss Golightly' is knocked down by a car as she hurries across a street, where she is assisted by the car driver and a romance blossoms. After a long day searching the village and not finding the lion, the group return to the vicarage garden to find a young boy dressed in a lion costume eating the cakes from the vicars afternoon tea. The hunt is called off and the villagers are much relieved. 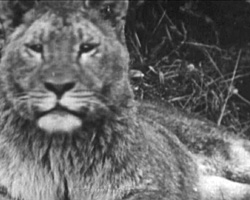 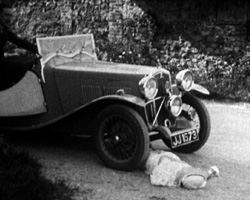