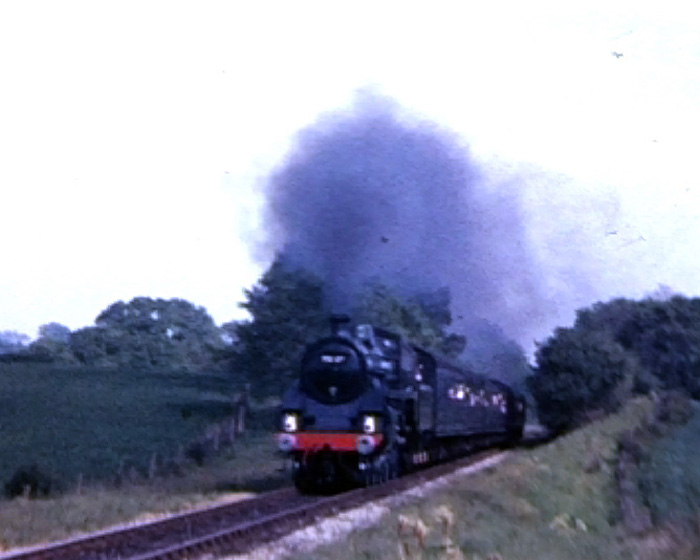 The first film entitled: "488 was here" shows shots of the locomotive at the Bluebell Railway being shunted about on the track, plus views of the EKLR "Shepherds Well" Station and track at "Eythorne" in Kent. The second part of this film shows several rural Kent parishes including Eastry, Ash (Dover) with St Nicholas Church, Ash Village and the rural landscape; returning to the 488 engine at Horsted Keynes station.

Intertitle: "A Line for all Seasons". Part 2 shows several steam engines passing over a railway bridge that includes engine "75227" and a close up of a poster advertising a vintage transport day on the Bluebell Railway, followed by a compilation of scenes from the open day at Horsted Keynes station. Highlights include a Carousel, a steam locomotive passing behind a Babcock & Wilcox Road Roller "YB 5088" named "Monarch" sign written: "W.J. Hedges, Orpington"; Steam engine "3217 - The Earl of Berkeley" with carriages passing along the line; followed by shots of the engine stopped at Horsted Keynes station. On the platform, a side of Morris Dancers perform for the gathered visitors.

Later aboard a carriage tethered to the "75027" engine, views show the landscape from a moving train. The film-maker steps off to capture the engine and carriages passing his position on the track along its journey. The film returns to shots of the "Earl of Berkeley" on the track and closes with shots of an engine being repaired and conserved in one of the coach works sheds on the Bluebell Line (dark shots). 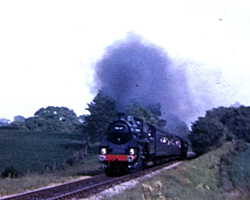