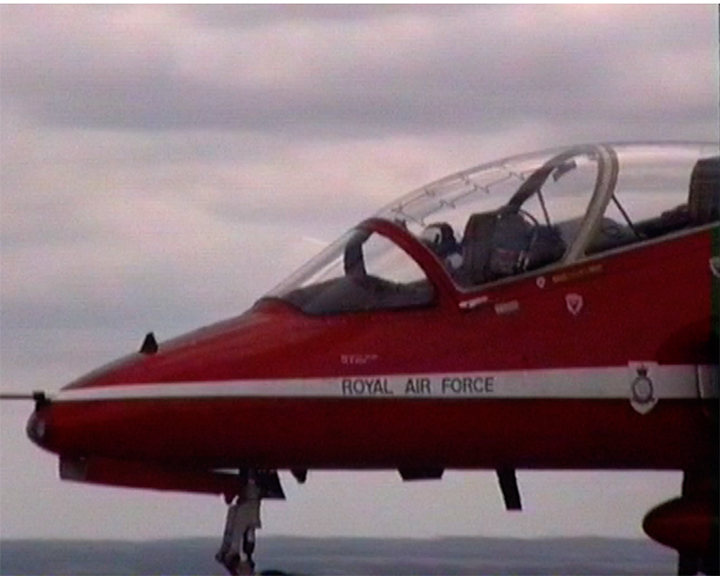 A series of small passenger aircraft (?) pass through the display area. Red arrow team seen landing and taxiing on the ground. Close up of one of the Red Arrow pilots waving from the cockpit as the camera zooms in to the Hawk T1. RAF Red Arrow team on runway being re-fulled.

Mk 2 Lynx helicopter display. Harrier Jump jet display. Nimrod Aircraft; RAF Cargo Carrier Jet in manoeuvres/tactical landing; A pair of Wingwalkers on biplane's branded 'Crunchie' display over the airfield. Spitfire on runway as Wingwalkers come into land. Two Spitfire taking off and in display in Mk13 and Mk14 colours. Film maker leaving the display with shots through the windscreen of their car as they leave the showground.

RAF Manston was a Second World War airbase. The airport has now been sold of for civil aviation use. Manston is trying to establish itself as a major civil airport. Some scenes of the James Bond film “To Die Another Day” were filmed here.

Camera was a 40th birthday present.