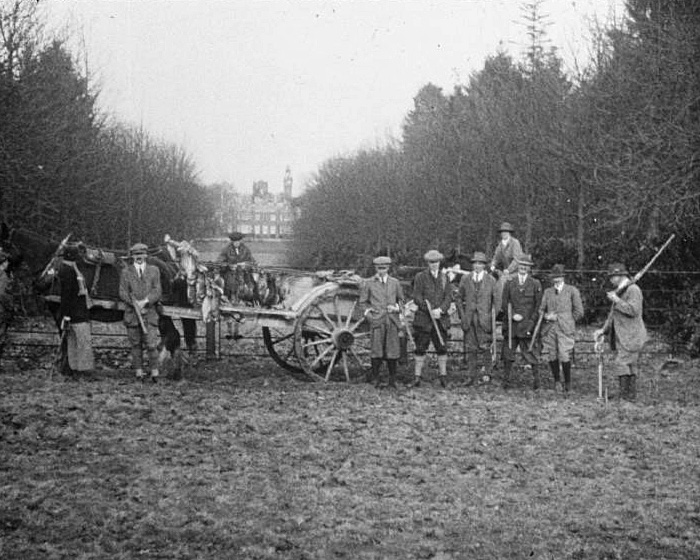 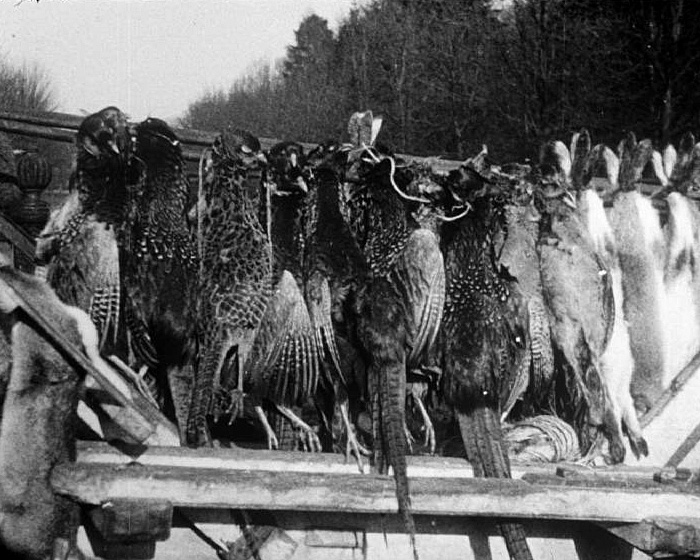 The film opens with the title 'Shooting Duck at the Mill Pond'. Two men with shotguns are shown shooting ducks from a hide near the Mill Pond: one man reloads whilst the other fires. A dog is shown retrieving the ducks from the pond.

An intertitle states: 'The Park Coverts and Broomwicks Pheasants and Rabbits'. Several men and one woman are filmed leaving the house carrying shotguns and dressed for shooting. Some of the men are wearing 'plus-two' shooting trousers. Scenes of the shoot follow, along with a scene of a group assembled for pheasant beating. The group includes a number of children and adults dressed in traditional white smocks. Various scenes of a large party involved in a pheasant and rabbit shoot are filmed showing the dogs retrieving the dead animals. A man in a flat cap works with his dog to retrieve game from a wooded area. A group scene is staged showing members of the shooting party and pheasant beaters standing with a cart and the large estate and manor house in the background. Further scenes of pheasant and rabbit shoot follow, including the large number of rabbits and pheasants being lined-up, counted, carried on sticks and placed on a cart. 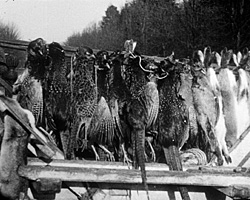