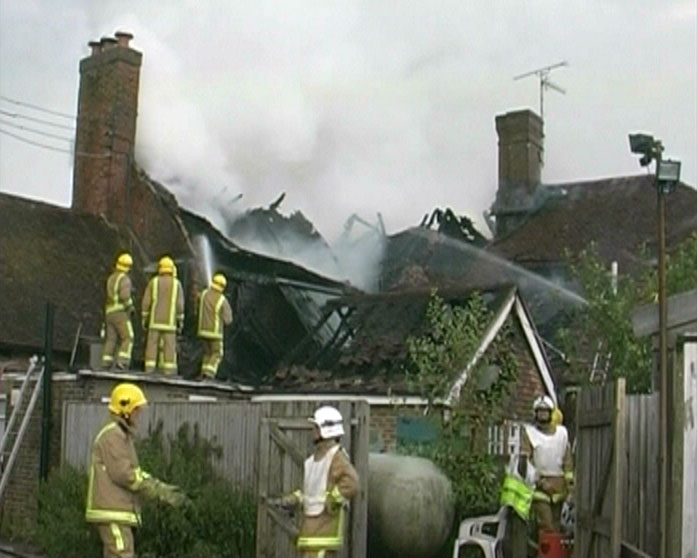 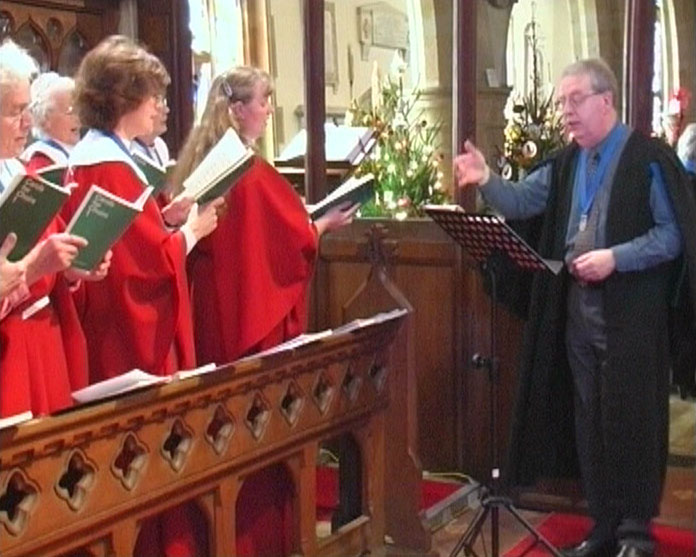 On 27th January, Holocaust Day, the Reverend David Winwood leads a service of remembrance at the War Memorial in Muster Green, Haywards Heath. Members of the public lay flowers and stones at the Memorial as a mark of respect. Later, teenage student Michelle Boshoff recalls her trip to one of the former concentration camps. Muster Green plays host to the Spring Festival in April - the local community enjoys funfair games, brass band music and a large bouncy castle. Arts and crafts stalls fill the interior of The Methodist Church in Haywards Heath on the 3rd and 4th May as part of the Festival of Creation. The Bluebell Railway stations at Kingscote and Horsted Keynes step back in time on the 10th and 11th May when ephemera, costumes and music from the Second World War populate the platforms. Highlights include a man dressed as Winston Churchill, performances by the Bluebell Railway Band and a troupe of jive dancers and an exhibition of contemporary advertising posters. Fire seriously damages The Crown Inn at Horsted Keynes on 1st July. On 13th September the people of Haywards Heath celebrate the Town Fun Day with a parade of local representatives, a funfair and fireworks. Ramblers enjoy their first walk along the Framfield Parish footpath for the first time in three years, following the end of the illegal blocking of the footpath. Brook House Farm is temporarily invaded by a flock of wild Mallard Ducks in September. The trees and grounds of Wakehurst Place look glorious in their autumnal colours. The year ends with a Christmas tree competition at Holy Trinity Church in Cuckfield - images of decorated trees are accompanied by the Church choir's rendition of 'Ding Dong! Merrily on High'. 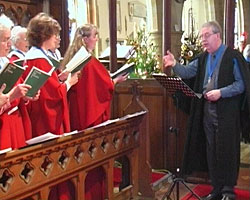