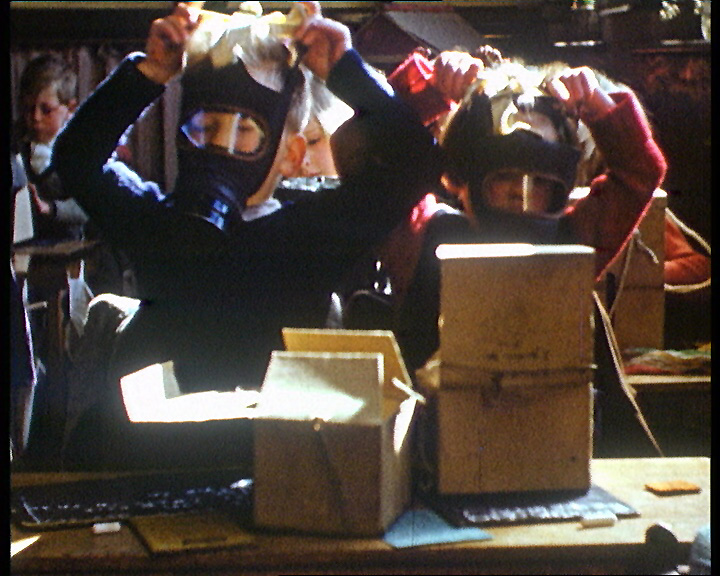 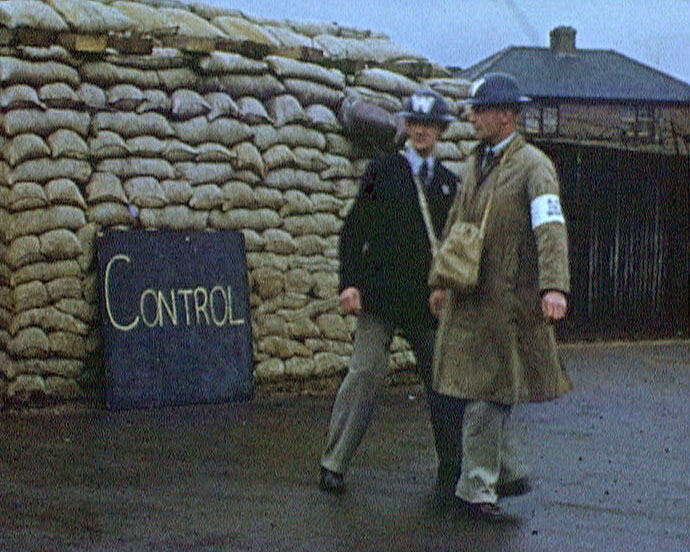 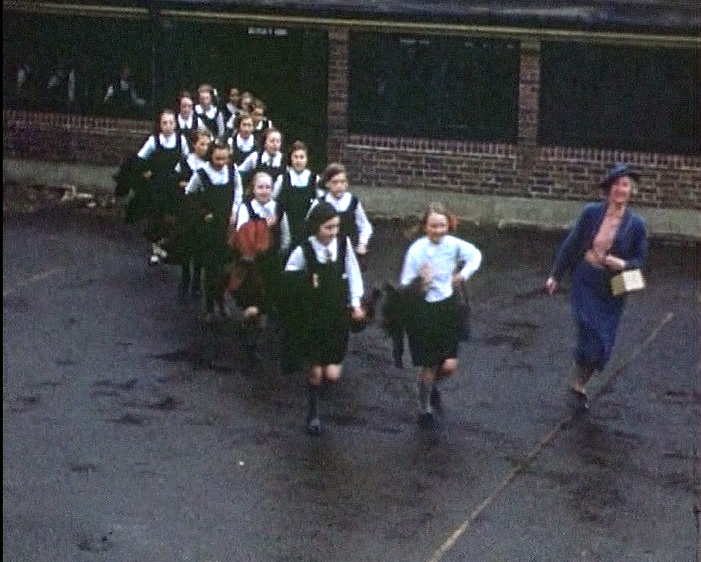 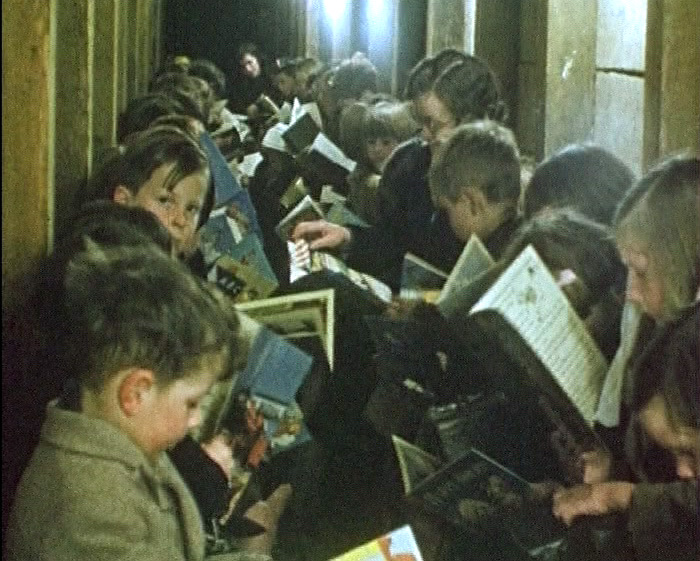 Opening credits begin with ARP badge insignia with the heading 'Borough of Hove' and go on to state that the film was made possible by the co-operation of the A.R.P and Education Committees. The film titles state that it should “assure parents that precautions have been taken to safeguard the children in the event of air raids”. The schoolchildren are shown sitting at their desks in class, when a young boy gives the signal they all reach for their gas mask boxes and calmly don their masks. In a domestic science class an air raid drill interrupts the girls’ cooking and ironing. The girls quickly turn off all the power in the kitchen before grabbing their coats and leaving. Pupils are shown in a variety of lessons before they are interrupted by the warning siren. In the playground Air Raid Precaution wardens direct people to their positions. The first aid squad make their way to their post - a shelter covered in sandbags. Again, the children make their way calmly and quickly out of the building. They run in orderly lines to the shelters. They continue their lessons inside the shelter, each child reading their own book. Once the all-clear is given they file back out of the shelter and play in the playground. A young girl falls over and is taken to the first-aider who bandages her knee. Younger children play ring-a-roses in the playground while others build models. The final shot shows a young boy and girl on a rocking horse waving a Union Jack, spirits undampened. 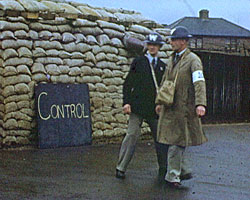 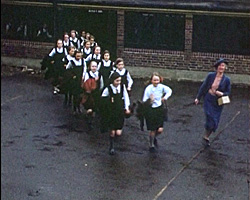 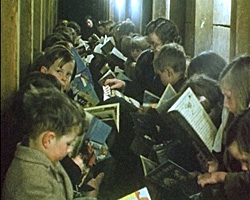 The purpose of this film seems to have been to reassure parents of their children’s safety in the event of an air raid attack during the school day. It was made by the members of the ARP group who have gone to great lengths to emphasize the proficiency of evacuation procedures.

It is possible that the film was made just prior to, or at the very beginning of the war, as planning for Air Raid Precautions began as early as 1937. Colour stock would still have been widely available then too. However, it should be noted that the film stock is American so would have most likely have come from a source outside the UK.

The film-makers have made particularly good use of natural daylight for the classroom scenes. Interior shots in amateur productions are often under-exposed due to the slow film speed and lack of additional lighting equipment; this production has made excellent use of strong sunlight through large windows lighting the indoor subjects well.

Records at East Sussex Record Office indicated that Knoll School for boys, on the Old Shoreham Road in Hove, opened in 1931 with a girls school being established a few years later. The School closed in the 1980s and was replaced by a business centre.

Other films in the archive such as Leatherhead Newsreel (1940 - 1945) and Civilians in Uniform (1946) both highlight other aspects of the work of the Air Raid Precautions units.

East Sussex Record Office holds a small number of documents relating to Knoll School including architectural plans and a photograph dating from 1959. The record office has an extensive archive, the earliest items being over 900 years old. Research material is available to visitors free of charge. Most documents relate to East Sussex, but they also hold information about West Sussex and Brighton & Hove. The collections are now held at The Keep, Falmer and can be searched online
http://www.thekeep.info/

“The Mass-Observation Archive specialises in material about everyday life in Britain. It contains papers generated by the original Mass-Observation social research organisation (1937 to early 1950s), and newer material collected continuously since 1981.” The archive holds a large amount of material relating people’s experiences during wartime, including several subjects particularly relevant to this film, such as “GAS MASKS 1939-43. A survey of gas mask carrying as an indicator of wartime morale; observations of testing and instructions; counts of people carrying them and government instructions and advice about gas masks.” And “AIR RAIDS 1938-45. Preparations for air raids, and assorted (and uneven) material collected from cities around Britain concerning the raids and their effect on daily life. [...] various observations, descriptions, overheard conversations collected in shelters; material on ARP personnel and the Home Guard, and on the wearing of gas masks.” A search facility is available online.
http://www.massobs.org.uk/index.htm

"Experience the 'trenches' tour and see what it was like for school children living in Brighton during the Second World War." This educational resource is currently being developed and is only open for a limited period of time each year.
http://www.culture24.org.uk/am22934