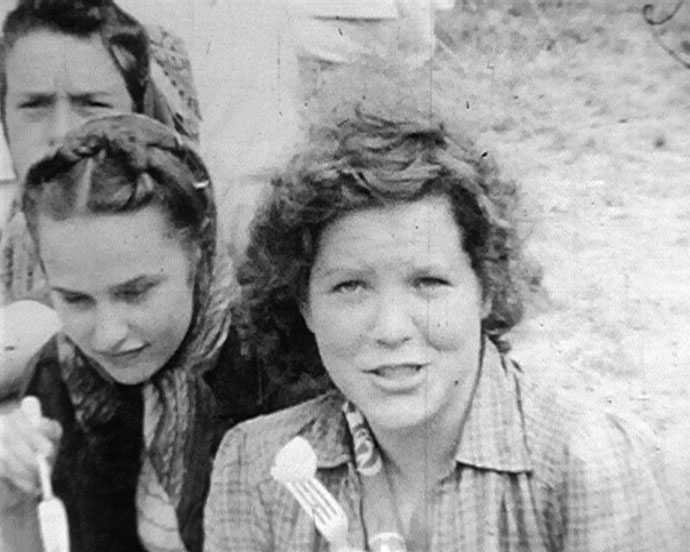 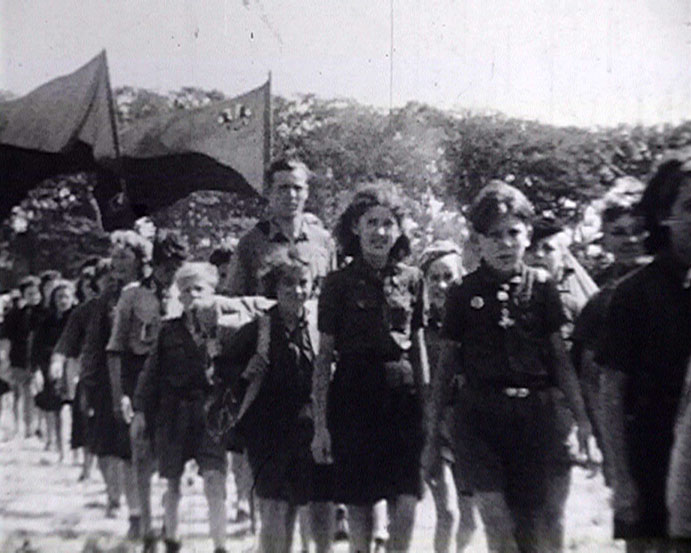 The film opens with an image of a girl sitting under the Rainbow Flag of Co-operation. It proceeds to show images of the camp and of the assembled children, some of whom are filmed looking at notices on the information boards. Other children are filmed chatting, playing games, and having a meal outside their tents. There are also portrait shots of some of the children. Representatives from the various groups march under their flags and banners to an open space where an adult addressed them. There then follows footage of the children performing various, national folk dances to their fellow campers. The film ends as the children pack up the camp and leave in a convoy of double-decker buses. 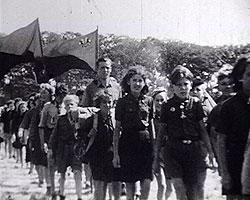 The website for The Woodcraft Folk, "an educational movement for children and young people, which aims to develop self confidence and activity in society, with the aim of building a world based on equality, friendship, peace and co-operation."
http://www.woodcraft.org.uk/