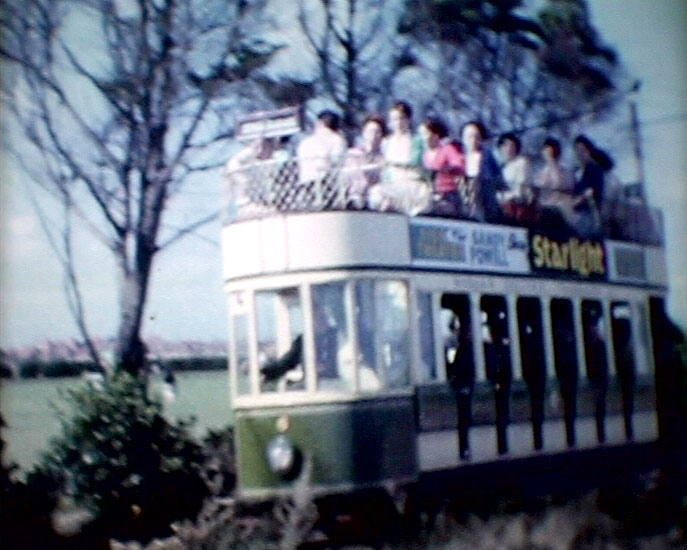 The film opens with images of a hunt leaving the Royal Oak near Alfriston. On another occasion hounds and huntsmen are filmed on a school playing field after having lost the fox. The Devon & Somerset Staghounds meet on the top of Porlock Hill near Exford in August 1961, watched by numerous spectators.

The film-maker films the traffic along Brighton seafront. There are also outings to Seaford, Eastbourne and Newhaven. Newhaven old swing bridge is turned by a gang of men working a capstan to allow the passage of a coaster, believed to be a collier, from North Quay. The bridge is shown being turned back to reinstate the main A259 road; vehicles and pedestrians pass across. The stern of French Railways' cross-Channel steamer ‘Lisieux’ is seen as she sails into Newhaven harbour entrance, filmed from the end of the western breakwater. The turning operation is shown in this film, with British Railways' steamer ‘Brighton’ slowly swinging off her berth on East Quay; one of the French Railways' cargo boats is also shown at berth.

Gales lash Seaford's seafront in October 1960 - one car is stranded, others continue to drive as the waves crash over the breakwaters. The film-maker records the damage done to the seafront. Boats from Seaford Yacht Club are filmed being launched in heavy swell. Yachts also occupy the waters off Eastbourne - elsewhere the trams run at the Crumbles. There is also footage of the Bluebell Railway, with steam trains travelling to and from Horsted Keynes.

A family holiday to the West country includes a stay in Minehead, The family spend afternoons on the beach, visit a farm, and go on a outing to the Tarr Steps. The film ends with images of the polar bear enclosure at London Zoo.

Notes on the cross-Channel steamer ‘Lisieux’: At this time there was one daytime and one overnight crossing in both directions between Newhaven and Dieppe, the passage time being a little over three hours - significantly faster than the much larger vehicle ferries on the route in the 2000s. Today's longer journey times reflect the need for fuel economy, and time-consuming berthing operations at linkspans. At the time when this film was shot the steamer from Dieppe would sail directly up to the berth on East Quay and discharge passengers and cargo. The ship would then be turned in the river and re-berthed so that she was facing out to sea, ready to embark passengers and make a fast exit from harbour on the next crossing to Dieppe.