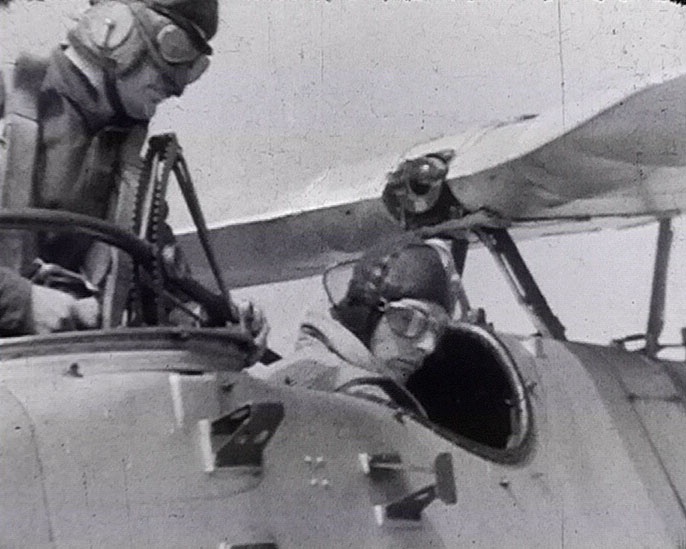 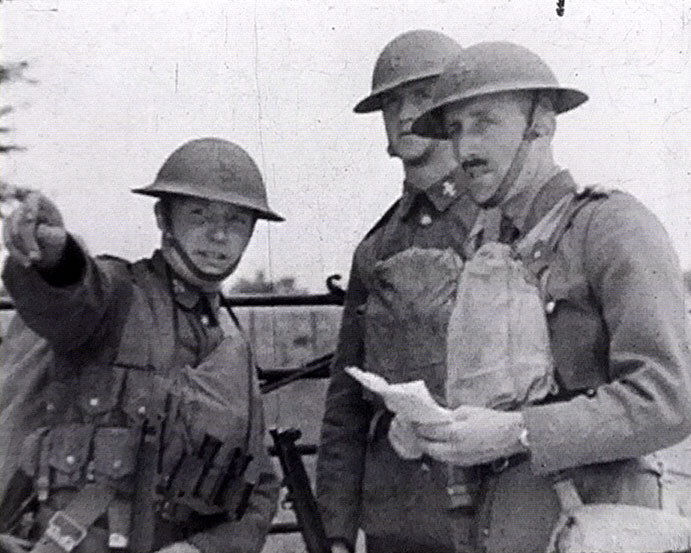 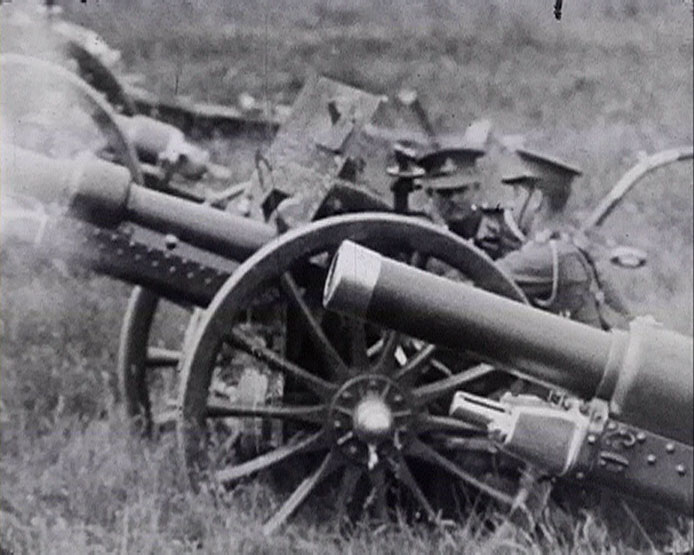 This incomplete film begins with the title 'Part 3 Result of Operations; Our aircraft having made a thorough reconnaissance, prepares to drop a message'. The film cuts to a scene of two pilots in a biplane (they imitate the movement of flying and dropping a message, though this has been filmed from the ground). A shot of a plane in the sky is followed by scenes on the ground of a soldier picking up the message and another reading it. A title reads 'This is what the message describes' followed by aerial scenes of a road and landscape, shots of the men in the plane and the soldiers on the ground with the message. Further titles read: 'The ground observer now comes back and reports' 'I have seen...'. a view through binoculars of soldiers emerging from hiding in wooded areas is shown. The title states 'This is passed on to the artillery' and there are scenes of a row of cannons being fired.

The titles now read 'Enemy aircraft returns to report', a biplane lands and a man reports to an officer in an enemy control room: 'I have the ordered area examined and of troops no sign what-ever have seen'. The officer is pleased and takes a drink from a bottle. The title declares 'But they are there all the same'. A shot of soldiers with horses and cannons concealed beneath trees and the title 'Concealment from ground and air, The End' concludes the film. 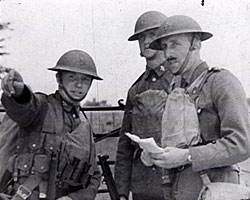 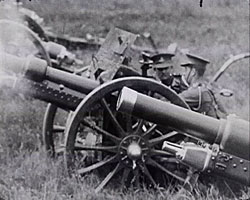